Pakistan had upset India by 180 runs to lift the Champions Trophy in London on Sunday. 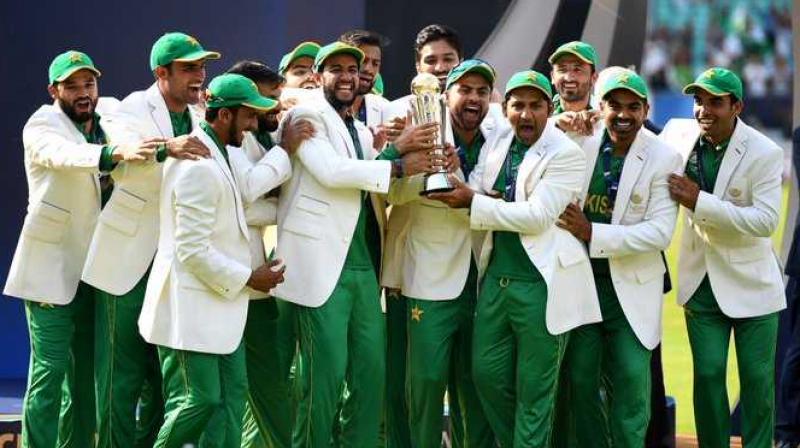 Burhanpur: 15 people have been arrested in Burhanpur in Madhya Pradesh for allegedly shouting pro-Pakistan slogans after its cricket team won the ICC Champions Trophy final by defeating India. They have been booked for sedition.

Pakistan had upset India by 180 runs to lift the Champions Trophy in London on Sunday.

Tension gripped Mohad town in Burhanpur on Sunday night after some people shouted slogans in favour of Pakistan and celebrated its cricket team's win by bursting firecrackers at public places.

Security was stepped up immediately in the town to avoid any law and order problem.

"There was a complaint that these accused celebrated Pakistan's victory by bursting crackers and raising pro-Pakistan and anti-India slogans," Pathak said.

The police booked the arrested persons, aged between 19 and 35, under sections 124-A (sedition) and 120-B (criminal conspiracy) of the Indian Penal Code, he said.

The accused were produced in a local court which rejected their bail applications and sent them to jail.

They were later taken to Khandwa district jail.