The victim said that the accused were close friends of her family and had offered help in finding a job. 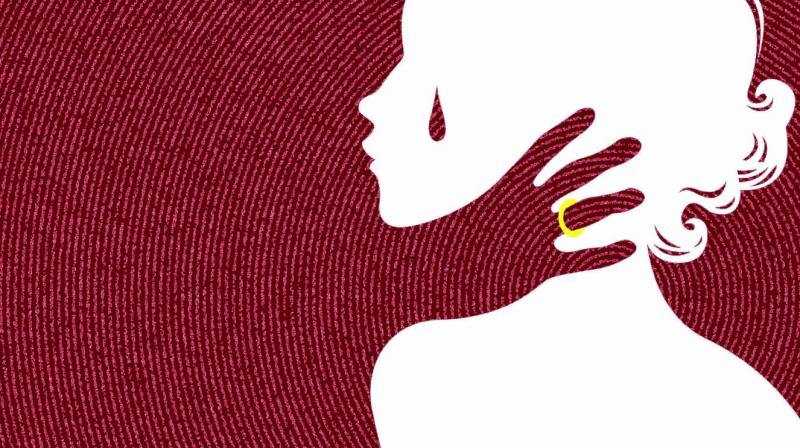 A minor girl was allegedly gangraped by three men on the pretext of giving her a job in Uttar Pradesh's Unnao. (Photo: PTI/Representational)

Unnao: A minor girl was allegedly gangraped by three men on the pretext of giving her a job in Uttar Pradesh's Unnao.

The victim said that the accused were close friends of her family and had offered help in finding a job after her father jailed her mother on false charges.

"My father got my mother lodged in jail on false charges. I was all alone after that and was looking for a job. One of the family friends offered to help me in finding a job. He then took me to his uncle's place, where I was raped by two of his uncles and him," the victim claimed.

She said that the accused even held her captive for a day and took her to her father's house later.

"My father gave them Rs 2 lakh for bringing me back. Even when I told my father that they raped me, he did not listen, he gave them the money and they left," said the victim.

A case has been registered against four people including the father of the victim in the case.

"We have filed a complaint in the matter under the relevant section of the Indian Penal Code (IPC)," said the police.

This comes on the heels of a series of rapes and murders which have the country by a storm.

In June, 2017, a 17-year-old girl was allegedly raped by BJP MLA Kuldeep Singh Sengar in Unnao.

On April 3, this year, the girl’s father was allegedly thrashed by the accused MLA’s brother, Atul Singh Sengar, for refusing to withdraw the rape complaint and was arrested the same day. On April 9, he died in a hospital.

Also Read: Another rape in UP: 2 and a woman held for assault of 14-yr-old girl

On the same day, a six-month-old girl, sleeping next to her parents outside the Rajwada Fort in Indore, was taken away and raped in an isolated basement.

The accused, 21-year-old Sunil Bheel who was spotted on a CCTV camera carrying the baby, was arrested.

Also Read: Is there an end? Another 6-month-old girl raped, killed in Indore

In Uttar Pradesh's Etah, a nine-year-old attending a wedding with her family was allegedly raped before being strangled on Thursday night.

On Wednesday, a 10-year-old girl was similarly raped and murdered at a wedding in Chhattisgarh.

In Surat, an 11-year-old was raped and murdered and then her body was dumped earlier this month. She had 86 injuries and was also brutalised with blunt objects.

The rapes and murders follow a disturbing trend emerging across the country even as it is trying to come to terms over the kidnapping, gangrape and murder of an eight-year-old in Kathua in Jammu and Kashmir in January.

The minor went missing while grazing horses in Rasana village of Hiranagar tehsil of J&K’s Kathua district on January 10. A week later, her body was found in woods near her village. According to the police, the girl was drugged, raped for days and murdered.