The victim’s mother and brother have alleged that she was burnt alive by unidentified people. 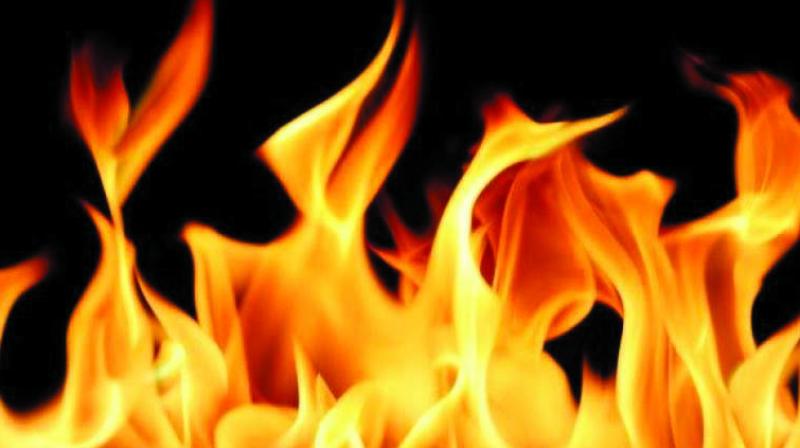 The body has been sent for postmortem. The police are investigating the matter. (Photo: Representational)

Unnao: In a heart-wrenching incident, an 18-year-old woman was allegedly burnt to death on Thursday night in Bara Sagwar area of Uttar Pradesh's Unnao district by unidentified miscreants.

The incident took place when she was returning from the market on her bicycle.

According to her family, the victim had left her house around 7 pm.

A witness to the incident saw the woman in flames near Bara Sagwar between her house and the market at around 8 pm, a report in Hindustan Times said.

The witness also told the police that he couldn’t do much to save the woman.

The charred body of the woman was found at the spot. A plastic container, partially filled with petrol, and matchbox were found close to the body. Her bicycle and the vegetables were lying nearby.

The victim’s mother and brother have alleged that she was burnt alive by unidentified people.

The body has been sent for postmortem. The police are investigating the matter.

Lucknow IG Sujit Pandey and Unnao SP Pushpanjali Devi also reached the spot and took the stock of the situation.

"We will nab the culprit as soon as possible after collecting all the evidences," the police said.

Lucknow ADG, Rajeev Krishna said police were treating the case as homicide since it appears that the girl had been murdered.