The accused and his aides had put salt on the bodies while burying them to ensure their quicker decomposition, an officer said. 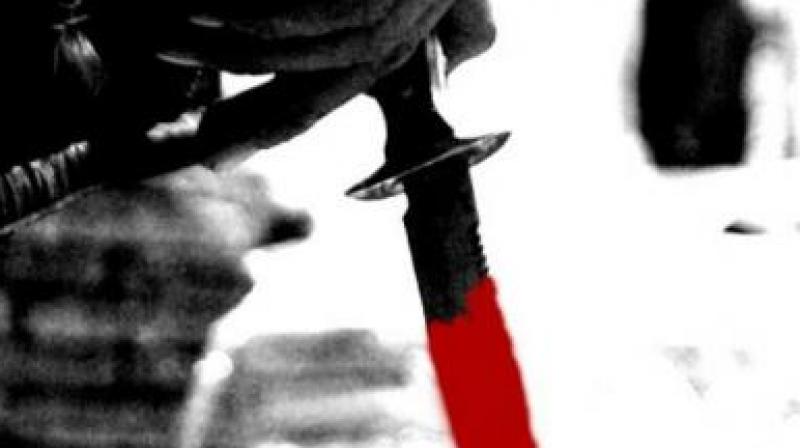 The accused took help of three other men to orchestrate the killings of his partner, his wife and four children last month and got their bodies buried at different places – in Meerut in Uttar Pradesh and Burari in north Delhi, police said. (Representational Image)

New Delhi: A 27-year-old property dealer has been arrested in Delhi for allegedly getting the entire family of Bahujan Samaj Party leader, who was his business partner, killed to take over the latter's properties worth Rs 2 crore, police said on Monday.

The accused took help of three other men to orchestrate the killings of his partner, his wife and four children last month and got their bodies buried at different places – in Meerut in Uttar Pradesh and Burari in north Delhi, they said.

Accused Sahib Khan alias Bunty and the three ‘contract killers’ he hired have been arrested, while the police have started work to exhume the bodies, a senior officer said.

The gory incident came to light when the body of 45-year-old Munawwar Hassan with gunshot injuries was found at his residence in Burari on May 20 after Khan informed police about his death, said Deputy Commissioner of Police (North) Jatin Narwal.

Hassan was lodged in Tihar jail for a rape case since January 19 this year and was released on interim bail on May 17 as his wife Sonia and four children, Aqib, Shaqib, Arzoo and Arshi, had been ‘missing’ since April 18, the DCP said.

Hassan had contested the 2013 Delhi Assembly elections from Badli constituency on a Bahujan Samaj Party ticket.

On May 18, he informed police that his wife and children have gone missing.

Police suspected the actions of Bunty and quizzed him after finding contradictions in his statement.

Bunty was instrumental in getting Hassan out on interim bail. Ever since Hassan got bail, Bunty had been visiting him every day at 8 AM, police said.

However, on May 20, when Hassan's body was found, Bunty had reached there by 1.30 PM. He told police that since Hassan did not respond to his calls, he did not go to visit him

earlier, they said. After sustained interrogation, Bunty told police that he had got Hassan killed, the DCP claimed, adding he along with his friend Deepak, and two alleged contract killers, Feroze and Zulfiqar have been arrested.

The main accused also confessed that within the last one month, he killed Hassan's family members and their bodies were buried in Meerut and Burari.

Bunty was known to Hassan and his family for last several years. He was the deceased's confidante and business partner but for greed over his properties worth Rs two crore,

including his office land, home and other places he got his entire family killed, police said.

Hassan worked as a property dealer and along with Bunty he was involved in dealing in disputed properties.

Narwal said Bunty had even got forged documents prepared for transfer of the properties in his name.

Bunty told police that on April 20, he took Hassan's wife and daughters to their relative's house in Saharanpur. While returning to Delhi, he killed them with the help of a contract killer.

The accused claimed that he hired contract killers for Rs three lakh to eliminate Hassan's family. Hassan's wife and daughters were shot dead and buried at a farm in  Meerut, police said.

On April 22, when Hassan's sons reached Bunty's office in Burari to inquire about their mother and sisters, they were also killed and their bodies were buried there.

Meanwhile, police said they have exhumed the highly-decomposed bodies of Hassan's sons from five feet beneath the soil in Burari under the supervision of the sub-divisional

magistrate (SDM). The accused and his aides had put salt on the bodies while burying them to ensure their quicker decomposition, an officer said.

A police team has been sent to Meerut for recovering the bodies of Hassan's wife and his daughters.

Hassan was accused in several cases, including those of rape, land grabbing, attempt to murder, kidnapping.

The rape case for which he was lodged in Tihar Jail was filed in 2015 and he was convicted this year in January.

Two more contract killers are involved in the case and a manhunt has been launched to nab them.