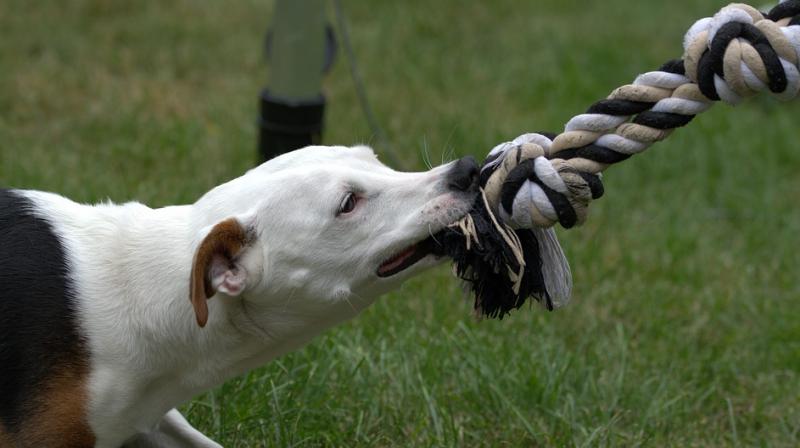 ‘We have registered a case under section 428 and 429 of the Indian Penal Code (IPC) and Section 11 of Prevention of Cruelty Against Animals Act,’ Joel Davis, Commissioner of Police Siddipet said. (Photo: Representational/Pixabay)

Siddipet: The civic body suspended four of its officials on Sunday after at least 40 stray dogs have been allegedly killed by the Municipal staff in Siddipet.

Speaking to ANI, Joel Davis, Commissioner of Police Siddipet said, "Yesterday evening we received a complaint from an organization Compassionate Society for Animals in Siddipet Town Police Station stating that the Siddipet Municipal Corporation has allegedly poisoned 40 stray dogs and buried them in the dump yard.

"We have registered a case under section 428 and 429 of the Indian Penal Code (IPC) and Section 11 of Prevention of Cruelty Against Animals Act. We are yet to recover the dead bodies of the stray dogs and further investigation is on," he added.

Siddipet District Collector Venkatrama Reddy issued an order of suspension of four Siddipet Municipal staff for their alleged involvement in the killing of stray dogs.

The collector stated in the order, "It has come to the notice of the District administration that few dogs were killed by Municipal staff within Siddipet Municipal limits. As per the preliminary information, it is confirmed that the certain Municipal Staff are involved in this incident and it is in total contravention to the normal administrative procedures and also in contravention to Section 11 of the PCA Act of 1960."

Siddipet Municipal Officer, said, "Yesterday's incident alleging killing of stray dogs by municipal workers must have taken place due to the mistake of sanitation workers. No commissioner will give instruction to kill the dogs in any municipality. Generally, when the public complains of dog menace, the instructions will be given to sanitation workers to catch the dogs and leave them outside the village."

"Even in Siddipet we are doing the same however because of some workers this mistake has taken place. We have informed about this incident to the District Collector. On the direction of the Collector, we have suspended one sanitation inspector and three jawans. Whatever happened is absolutely wrong it should not happen and will not encourage this type of incidents. Till now this type of incidents did not come to our notice before. We do not have an operational facility in our area and that is the reason we leave the dogs far away from the villages," he added.