Acoording to police sources, the 49-year-old MLA made around 900 calls to the victim’s mobile before his number was blocked. 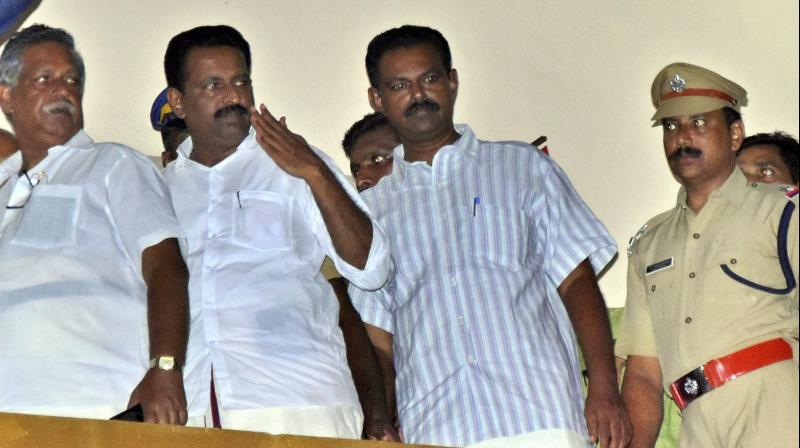 Congress MLA M. Vincent (2nd Left)was arrested by Kerala Police for alleged rape and stalking based on a statement given by a 51-year-old woman, who attempted suicide after she was allegedly harassed by him, in Thiruvananthapuram. (Photo: PTI)

Thiruvananthapuram: Congress MLA from Kerala M. Vincent was arrested on Saturday for allegedly raping a woman. As per the victim’s statement, Vincent, a first-time legislator from Kovalam, had a non-consensual sexual relationship with her multiple times in her house. The woman, who attempted to commit suicide on Wednesday, was admitted to a hospital and a magistrate recorded her statement.

A police team interrogated  Vincent at the MLA quarters from 12.40 pm. Later, he was taken to the police headquarters and questioned again by the district police chief S. Ajeetha Begum, who ordered his arrest.

He was remanded to judicial custody for 14 days. His anticipatory bail plea was set aside and will be considered as a bail plea on Monday, sources said.

Acoording to police sources, the 49-year-old MLA made around 900 calls to the victim’s mobile before his number was blocked.

Vincent, while being huddled up into a car by the police, told the media that the case was a conspiracy by local CPM leaders.