Both face trial over killings, disappearances of many women 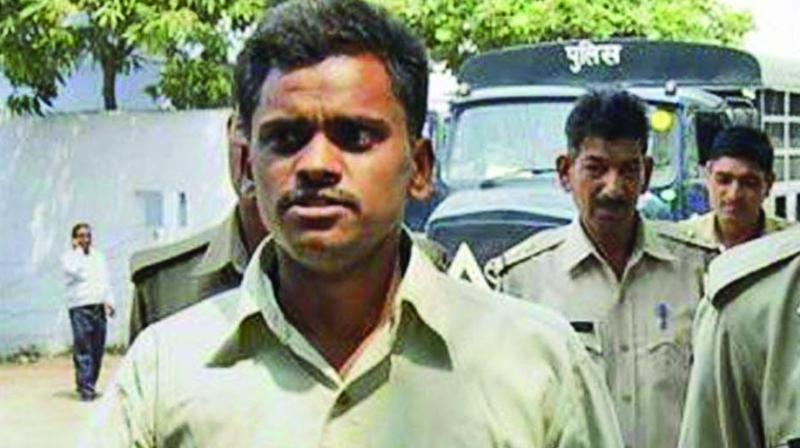 New Delhi: A special CBI court in Ghaziabad on Saturday convicted businessman Mohinder Singh Pandher and his domestic help Surender Singh Koli of murdering a 20-year-old woman, one of the several cases in Nithari serial killings of 2006.

Special CBI judge Pawan Kumar Tiwari held both the accused guilty of murder, attempted rape of a 20-year-old woman, Pinki Sarkar, and destruction of evidence. Koli was already in judicial custody whereas Pandher, who was out on bail, was taken into custody by the police after the judge pronounced the conviction. The judge said that it would pronounce the quantum of sentence on July 24.

Koli has already been sentenced to death in seven out of 16 cases lodged in the Nithri incident. Pandher is facing prosecution in three more cases. The CBI, probing the incident, had lodged FIRs in around 16 cases of serial rape and murder under Sections 302, 376, 364, 201 and 120 (B) of the IPC on December 29, 2006. 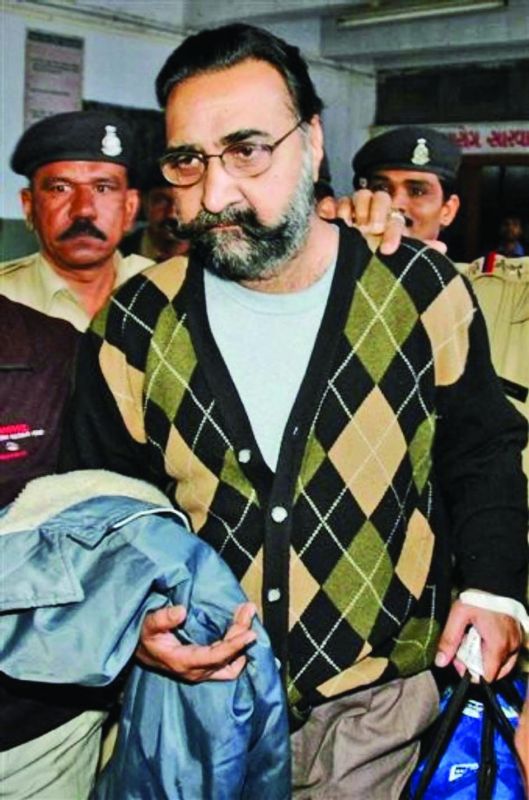 Prosecution lawyer J.P. Sharma had argued that scientific evidence has proved that Koli abducted, killed and raped the woman and tampered with the evidence. Pandher was earlier convicted by the trial court in another case in 2009 but was acquitted by the Allahabad high court. He is, however, facing trial in three other cases.

Nithari came into the limelight in 2006 following disappearances of many women, including minor girls. The police and later the CBI found skeletons in the premises and from a drain near the house of Pandher. The girls were lured into Pandher’s house where they were killed after being assaulted sexually, the CBI said. 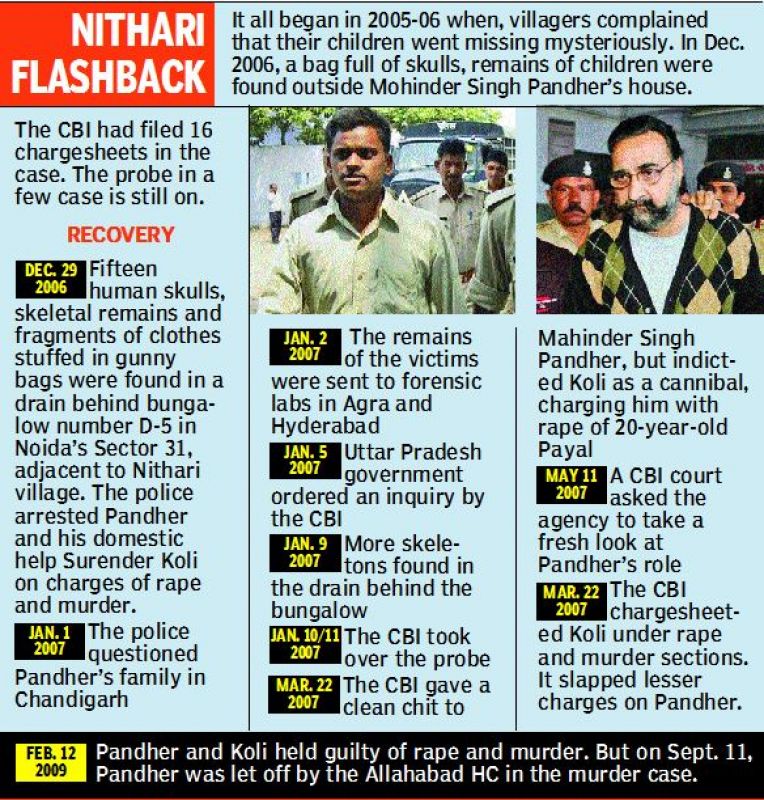 According to the prosecution, on October 5, 2006, the victim was on her way to home from work when she was abducted, raped and killed by the accused. The CBI alleged that Koli carried the body to the first floor of the bathroom and dismembered it with a knife. Later the accused threw her head and garments behind the house. The court ruled that Pandher was involved in the entire conspiracy. Devraj Singh who was appearing for Pandher argued that his client was not present at the house when the crime was committed. “My client was at that time in Dehradun,” he argued. But after listening to both prosecution and defence the court rejected the claim of defence counsel and held both the accused guilty.