Police officials said that fight broke out between two groups of college students after each wanted to prove they will head MTC bus route. 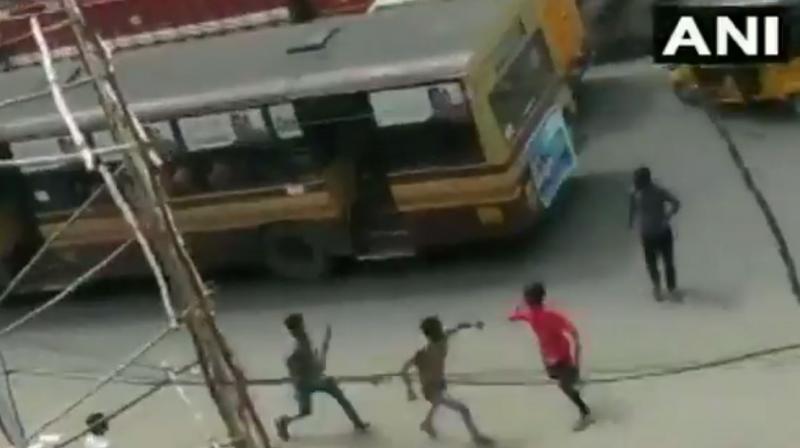 Students of Pachaiyappa's have created controversies in the past as well. (Photo: ANI | video screengrab)

Chennai: An estimated 7 people were injured in a fight in broad daylight involving sickles between two groups of students in Chennai’s Arumbakkam area on Tuesday. These students of Pachaiyappa's College were seen attacking another group of students from their college using sickles and the entire incident was caught on camera.

The video that went viral shows students with a weapon in hand chasing the other students on the road. The group is then seen heading to a Madras Transport Corporation (MTC) bus and shouting at passengers inside. The bus stops and a few passengers are seen getting off even as the incident continued. The traffic then comes to a halt, with bystanders watching the incident unfolding.

Police officials investigating the incident said that the fight broke out between two groups of college students after each wanted to prove they will head the MTC bus route. A bunch of students have been detained and an investigation is on, they added.

Students of Pachaiyappa's have created controversies in the past as well. In June 2019, students from the college celebrated ‘Bus day’. In a video that went viral on social media, a few students perched atop a bus were seen falling down. Seventeen students later were booked by the police for creating public nuisance and unlawful assembly. The police had also taken an undertaking from their families that the students will not repeat such activities, reported News18.