The man also gave a dying declaration at the hospital accusing the duo of trying to kill him. 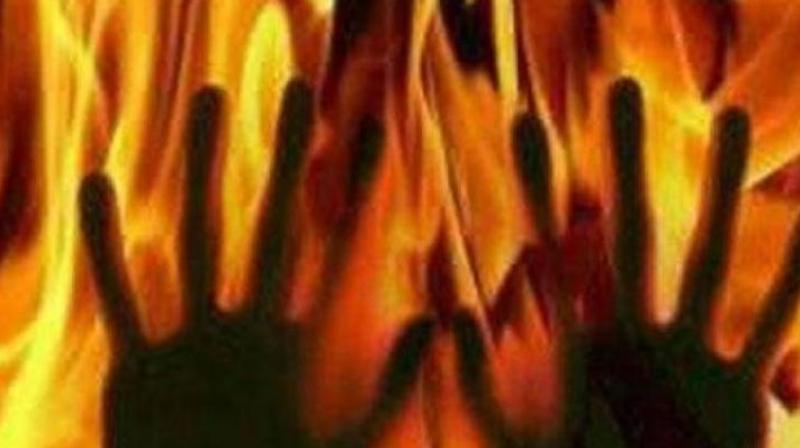 Yakaiah and Aruna were supposed to get married on February 21. (Photo: Representational)

Hyderabad: A 22-year old groom died on Saturday after being allegedly set afire by his would-be wife and her lover in Telangana's Jangaon district.

The man, B Yakaiah, succumbed to injuries at a private hospital. His 20-year-old fiance, Aruna and her lover Balaswamy, on February 19, poured petrol and set him on fire outside her house in Madharam village in Jangaon district, according to a report in The Indian Express.

Yakaiah also gave a dying declaration at the hospital accusing the duo of trying to kill him.

Yakaiah and Aruna were supposed to get married on February 21.

According to the police, Aruna called Yakaiah to meet her outside her house on February evening. When he arrived, Balaswamy poured petrol on him and set him on fire.

The woman and her lover tried to mislead the people telling them that Yakaiah had attempted suicide, but the duo confessed to the crime during police interrogation.

Aruna did not want to get married to Yakaiah. Her parents were aware that she was in a relationship with Balaswamy, a distant relative, but did not approve of him, the police said.

Following the incident, relatives and villagers staged protest on the Jangaon-Warangal highway blocking traffic for several hours. They also demanded immediate arrest of Aruna and Balaswamy.