Newly-wed raped by man, 2 others

The rise in the number of assaults against minors has come as a surprise to child rights activists. 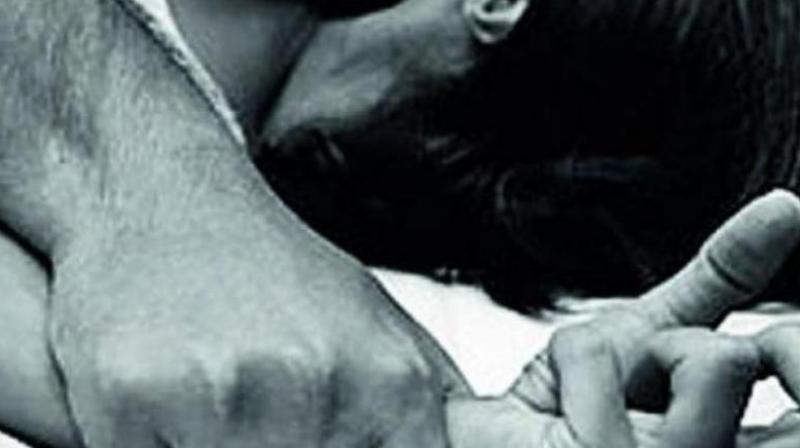 The incident took place in southern Assam’s Karimganj district where the police has registered a case against the husband and arrested him. (Photo: Representational Image)

Guwahati: In a horrifying incident, a newly-wed woman has alleged to have been raped by her husband and two of his friends within three days of her wedding after her family failed to meet the dowry demands.

The incident took place in southern Assam’s Karimganj district where the police has registered a case against the husband and arrested him.

The police said the incident came to light when the newly-married woman was admitted at a local hospital in a critical condition. The woman said in her complaint that her husband had demanded gold jewellery as dowry. After her family could not fulfil the demand, her husband and his two frie-nds raped her on April 17.

The police said that an FIR had been lodged with the police on April 22.

Meanwhile, the state has suddenly recorded a spurt in cases of sexual assault against minors. At least 20 cases have been registered across the state in the past two months.

In the latest incident, a seven-year-old was allege-dly raped by her neighbour in Upper Assam’s Tinsukia district. Finding the girl alone at home, the 55-year-old accused lured her to his house and raped her. The accused has been sent to jail for 14 days.

Four days ago, an eight-year-old girl from the same area was allegedly molested. The 22-year-old accused has been arrested. In March, an 11-year-old was raped and burnt alive in Nagaon district of central Assam, an incident that led to street protests across the state.

The rise in the number of assaults against minors has come as a surprise to child rights activists.

“This is absolutely shocking. In the last two months, we have documented at least 20 cases of sexual assault on children,” said Miguel Das Queah, a child rights activist from Guwahati.