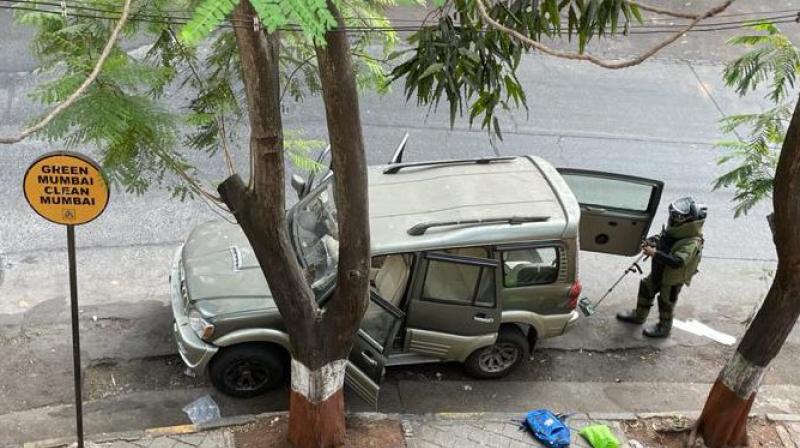 Mumbai: The National Investigation Agency on Wednesday invoked the Unlawful Activities (Prevention) Act against suspended Mumbai police officer Sachin Waze. The Maharashtra ATS also handed over the two accused and the case papers in the Mansukh Hiren murder case to the NIA after a court order. The NIA had approached the court saying despite the Centre transferring the Hiren murder case to the NIA, the ATS was not handing over the case documents to them.

Under the stringent UAPA law, the investigating agency can get police custody of an accused up to 30 days and can also get an extension of 90 days to file a chargesheet (over the usual 90 days). Securing bail will also be much tougher in comparison with other sections.

The NIA added Section 16 (punishment for terrorist act) and 18 (punishment for conspiracy) of the UAPA Act against Waze. Chief judicial magistrate P.P. Ingale on Wednesday directed the ATS to hand over all relevant documents, case records, material, etc related to the Hiren case to the NIA.

The court passed this order on an application by the NIA complaining that the ATS was not handing over the Hiren murder case papers despite the Central government transferring the case to the NIA.

Additional solicitor-general Anil Singh, on behalf the of NIA, contended that the Central government had directed the NIA to take up this murder case because it was linked to the bomb scare near industrialist Mukesh Ambani’s “Antilla” residence, which the NIA is investigating.

The ATS contended that the plea of NIA was not maintainable because it had not received any directions from the state government for handing over the case.

After hearing the arguments, the magistrate, Ms Ingale, observed: “It appears the investigation of this ATS Crime no 12/2021 is transferred to the NIA by the Central government as per order dated 20/03/2021 as per Section 8 of the NIA Act.”

She also said that the fact was communicated to the director-general of police, Mumbai, and a copy of this letter was also received by the ATS office. All these facts are admitted by the investigating officer of the ATS.

With these observations, the magistrate directed the ATS not to proceed with the investigation and to forthwith transmit all relevant documents and the case records to the NIA.