The police began the investigation after one Yogesh Tukaran Rathore filed a complaint in this regard. 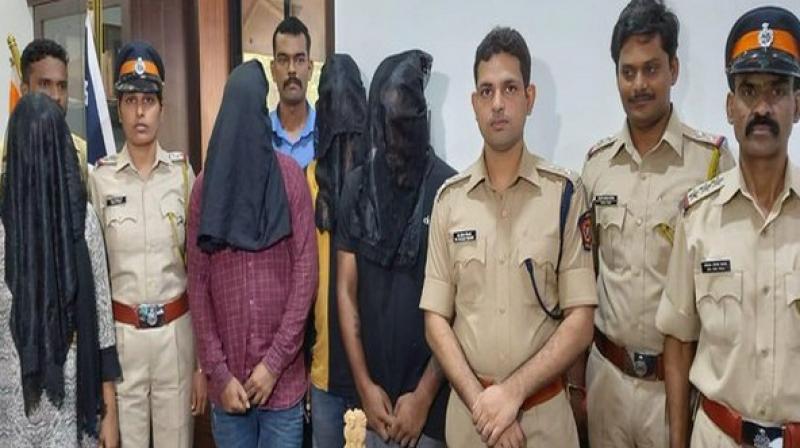 Four persons, including a woman, have been arrested by Mumbai Police for allegedly duping people by promising them jobs. (Photo: ANI)

Mumbai: Four persons, including a woman, have been arrested by Mumbai Police for allegedly duping people by promising them jobs.

"After a technical probe, a woman was nabbed. The woman revealed she was part of a gang that runs a call centre from Noida. Police raided the call centre a few days ago and arrested three men," a police official said on Saturday.

A case has been lodged under section 419 (cheating by personation) and 420 (cheating and dishonestly inducing delivery of property) of the Indian Penal Code.

The police began the investigation after one Yogesh Tukaran Rathore filed a complaint in this regard.

The complainant told the police that he had uploaded details about himself on a website for getting a job after which he started getting calls.

Yogesh said a caller conveyed to him that he has been selected for a job in an airline but he will have to pay some money for paperwork. He was asked to deposit nearly Rs 1,30,000 in different bank accounts. Sometime later, when he called the same number, he found it was switched off.

Yogesh realised he has been duped and lodged a complaint with the police.