Rhea Chakraborty not yet summoned by CBI: Lawyer Satish Maneshinde 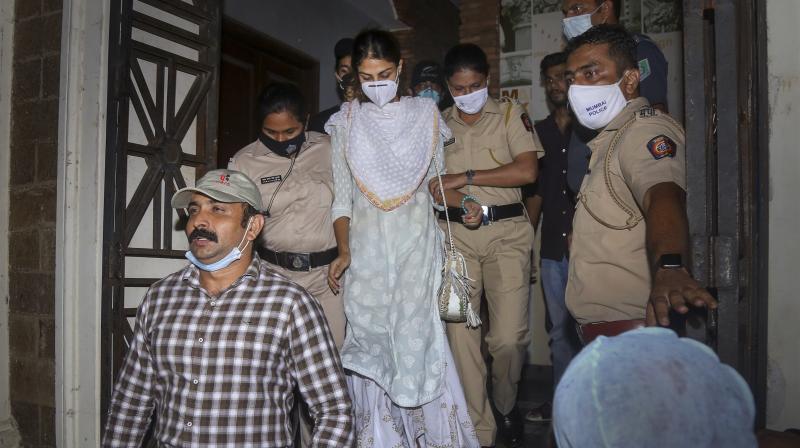 Mumbai: Actor Rhea Chakraborty’s lawyer has requested people to avoid speculations and has clarified that the actress will visit the CBI office whenever she will receive summons in the Bollywood actor Sushant Singh Rajput death case.

Chakraborty’s lawyer Satish Maneshinde issued a statement on Monday as some reports earlier in the day claimed that the actress and her father Indrajit have been summoned by the Central Bureau of Investigation (CBI) as part of the probe.

The statement read, “Dear Friends, Rhea Chakraborty & family have not received any summons from CBI so far. No sooner she receives it, she & family will attend as they did before Mumbai Police and ED as law abiding citizens. No speculations are necessary.”

It may be recalled that the Mumbai police and Directorate of Enforcement (ED) has already questioned the actress, who was in a relationship with the late actor.

However, the case has now been transferred to the central probe agency.
Sushant Singh Rajput’s father KK Singh had filed an FIR in Patna, alleging that the late actor’s girlfriend Rhea Chakraborty and her family had cheated Sushant, kept him confined and forced him to end his life. Rhea denied all the allegations in an affidavit that she had filed in the Supreme Court.