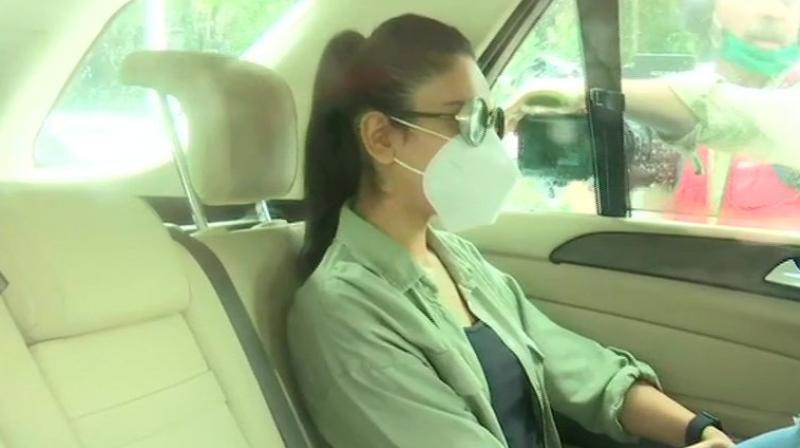 Mumbai: A day after an NCB official confirmed that actor Rakul Preet Singh had acknowledged the summons sent to her, the actress  joined the probe on Friday. The actress is reported to have reached the NCB office, located in Colaba, at around 10.30 am.

Meanwhile, the NCB on Thursday questioned fashion designer Simone Khambata and Sushant Singh Rajput’s former manager Shruti Modi in connection with the probe being conducted by the agency into an alleged Bollywood-drugs nexus.

Simone Khambata, who was summoned by the NCB to join the probe, reached the agency's guest house in south Mumbai around 9.30 am, an official said. Her name cropped up in the questioning of some persons during the probe in the matter, he said. Rajput's former manager Shruti Modi also appeared before the NCB probe team on Thursday, the official said.

Actor Sara Ali Khan, who has also been summoned by the NCB, arrived in the city from Goa on Thursday. She reached Mumbai with her mother, actor Amrita Singh and brother, Ibrahim Ali Khan around 5pm and headed to their suburban Juhu residence.

Deepika Padukune, who was shooting in Goa, also arrived in Mumbai around 10:30pm on Thursday night. She was reportedly accompanied by husband Ranveer Singh. Police personnel have been deployed outside the residence of Bollywood actor Deepika Padukone, who is expected to appear before the NCB on Saturday.

Apart from these actors, the agency has also summoned Karishma Prakash, who works at KWAN talent agency, this week. KWAN CEO Dhruv Chitgopekar, film producer Madhu Mantena have already been questioned by the NCB in the case earlier.

The NCB had launched the investigation in this matter after it received official communication from the Enforcement Directorate (ED), in which there were various chats related to drug consumption, procurement, usage and transportation.