The Army headquarters has been informed of the matter and investigation is underway, after multiple cases have been filed. 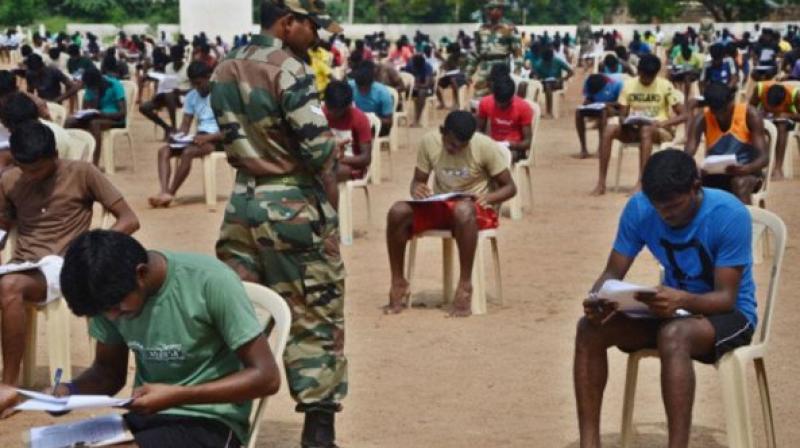 Thane: Thane City Police has nabbed 18 persons from Goa and Nagpur in connection with an Army exam question paper that was leaked prior to an Army exam.

Towards Sunday evening, reports surfaced of the aforementioned exam paper being leaked in various parts of Maharashtra. The exam was to take place at 9am this morning. Subsequently, raids were carried out in Maharashtra's Nagpur, Thane and Nasik, in addition to Goa.

The police received information of the paper being written by some candidates last night at various hotels and lodges. After raids were carried out, the police have nabbed 350 students, allegedly connected to the issue.

The Army headquarters has been informed of the matter and investigation is underway, after multiple cases have been filed. Police suspect the involvement of top Army personnel.

DCP Parag Manere of Thane Crime Branch is leading the investigation procedure, on behalf of Thane City Police. More details are awaited regarding whether the exam will be conducted as scheduled.