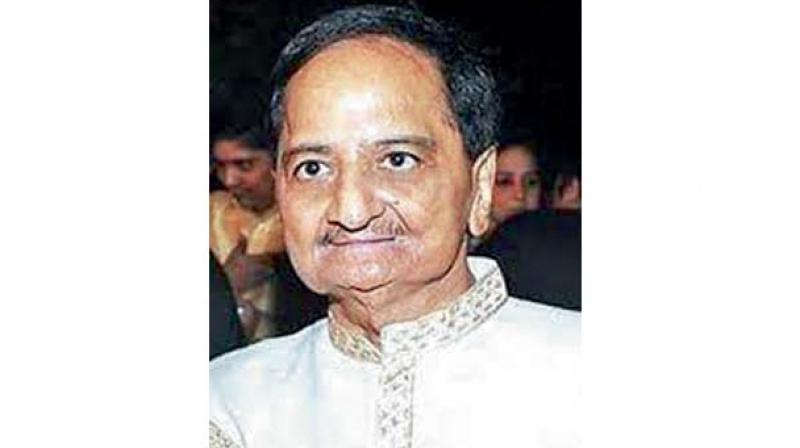 New Delhi: Trouble is mounting for controversial real estate developer Paras Mal Lodha as Central investigative agencies have requested the Financial Intelligence Unit (FIU) to collect the account details of around “500 Kolkata-based shell companies” allegedly used by the businessman to convert or launder banned currency worth several crores of rupees after the government’s move to demonetise old Rs 1,000 and Rs 500 notes.

Sources said that the FIU was approached with a “special request” as agencies suspect that Mr Lodha allegedly deposited money into the accounts of shell companies and then issued demand drafts in fictitious names. “Investigators are trying to establish the identity of individuals linked to these shell companies as well as Lodha. Final report by the FIU in this regard will be crucial for the Central probe agencies,” sources said.

Mr Lodha was arrested in Mumbai by the Enforcement Directorate (ED) on December 22, 2016, after they recovered a huge cache of new currency notes in denominations of Rs 500 and Rs 2,000 from a Delhi law firm which belonged to advocate Rohit Tandon and Chennai-based businessman Sekhar Reddy.

The ED, which recently attached properties belonging to Mr Lodha, is also making a list of the frequent visitors at two of his premises in Kolkata’s S.N. Roy Road and Queens Park areas after the note ban, sources said, adding that “this would also help in identifying Mr Lodha’s aides as well as individuals linked to the shell companies”. Investigators are also waiting for the forensic reports of some computer peripherals and other hardware that had been recovered during searches at his premises.

“Forensic reports may unravel alleged involvement of other private persons and even bank officials,” sources said.

Investigators see the entire operation by Lodha as a “deep-rooted conspiracy”, as the businessman allegedly charged a commission at the rate of 15 to 20 per cent to convert old notes into new currency. Mr Lodha accepted during questioning that he exchanged currency worth Rs 25 crore before be was arrested. His past dealings have been controversial as well. He gained prominence after his aggressive take-over of Peerless General Finance and Investment Company Ltd in 1991. The ED recently told a Delhi court that Mr Lodha was involved in the offence of money laundering which “frustrated” the government’s demonetisation policy, posing a “serious threat” to the financial health of the country.