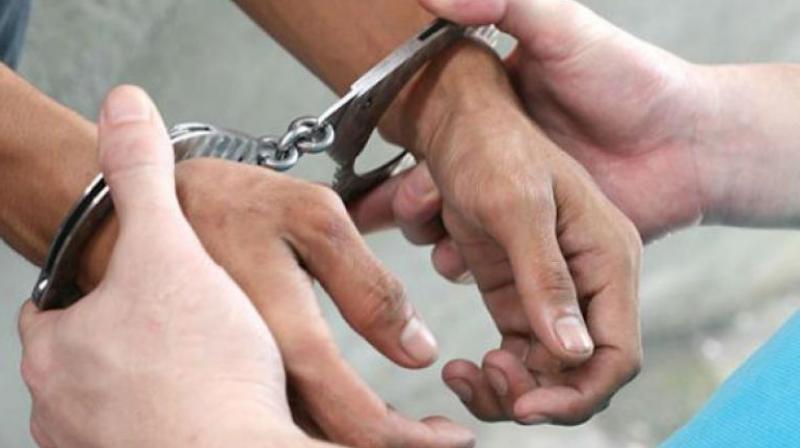 Raipur: A naxal, hailing from Maharashtra, was arrested and an improvised bomb laid by maoists recovered by security forces in separate incidents in Chhattisgarh's insurgency-hit Kanker district.

While the cadre identified as Gopi Gavde (42) was arrested yesterday during a joint search operation by security forces under Bande police station area, a five-kg bomb was seized from Koyalibeda police station limits on Tuesday, Kanker Superintendent of Police KL Dhruv said.

The patrolling team comprising Border Security Force (BSF) and local police spotted Gavde near Larchhora village forest while he was trying to hide and held him after a short chase, he said.

A native of Kasansur area in the neighbouring Gadchiroli district, Gavde was allegedly involved in planting improvised explosive devices (IEDs) in Paralkot village area in March this year to harm the security forces, the SP said.

In another incident, a team of security personnel detected the IED, packed in a steel tiffin, placed?beneath the earth between?Gudabeda and Kagbaras villages,?he said.

The explosive was planted by maoists to target security personnel during their operations in the area, the SP said, adding, it?was later destroyed with the help of Bomb Disposal Squad (BDS).