Officials of the Excise Department, following a tip-off were present at a naka on Ratia Road bypass bridge. 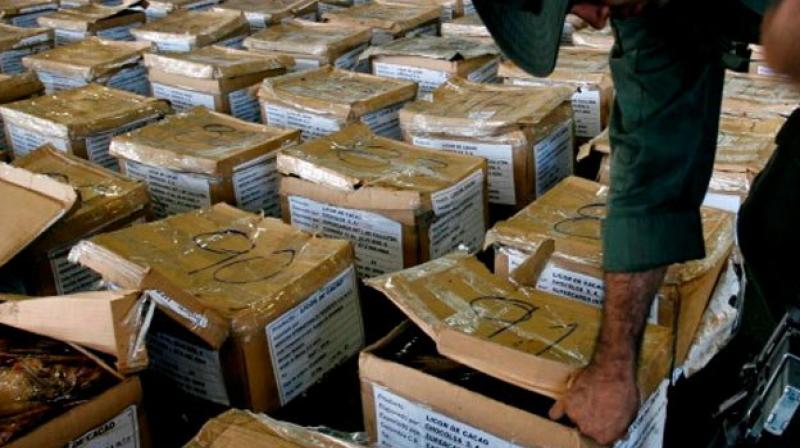 Chandigarh: The Haryana Police on Wednesday seized 376 boxes (4512 bottles) of illicit liquor which was being smuggled in a truck in the Fatehabad district.

The police arrested the driver of the vehicle, who has been identified as Laxman. He is a resident of Rania, district Sirsa.

According to a spokesman of the Police Department, a police team, along with officials of the Excise Department, was present at a naka on Ratia Road bypass bridge when they received a tip-off about the truck carrying illicit liquor worth lakh of rupees.

The team immediately swung into action and signalled a suspect truck to stop. After seeing the police, the driver tried to flee by stopping the truck on the roadside. The police team immediately nabbed him and when scouted, 350 boxes of country-made liquor and 26 boxes of Indian made foreign liquor were seized from the vehicle.

A case under Excise Act had been registered against the accused. Meanwhile, Director General of Police (DGP) B.S. Sandhu has directed the Superintendent of Police, Fatehabad, Deepak Saharan to intensify patrolling and nakabandi to check smuggling of illicit liquor in the district.