22 held in connection with incidents of violence at Marina

Of the 22, four persons were minors, police said and did not divulge their names and details. 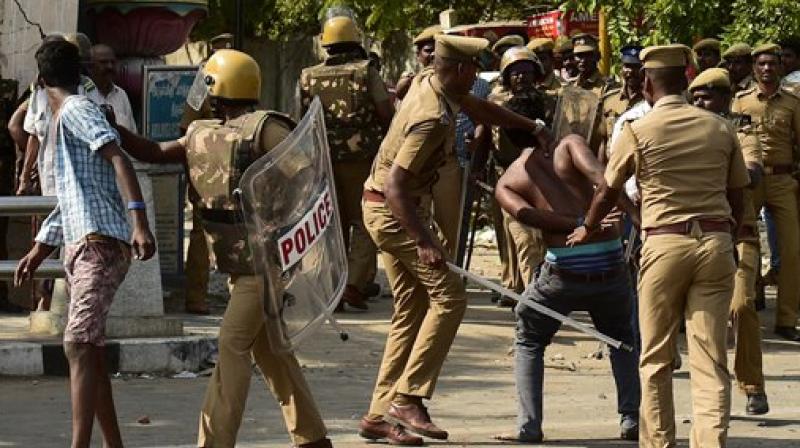 Police lathicharge to disperse protesters during a violent clash with the police near Marina Beach in Chennai. (Photo: AP)

Chennai: Twenty two persons have been arrested in connection with incidents of arson and rioting here on January 23, when the week-long pro jallikattu protests at the Marina beach turned violent, police said.

Police said that they were arrested in connection with various incidents including arson and damaging police vehicles and public property.

Of the 22, four persons were minors, police said and did not divulge their names and details.

Some of the arrested persons had earlier been jailed under the stringent Goondas Act, a city police release said.

The arrests were made on Friday and Saturday under Vadapalani, MKB Nagar, Vepery and Egmore Police station limits, it said.

The arrested persons were also involved in damaging government buses and vehicles of Fire and Rescue services, it added.