The haul of illegal liquor was made after the EC has ordered state-wide drive to check distribution of liquor during assembly polls. 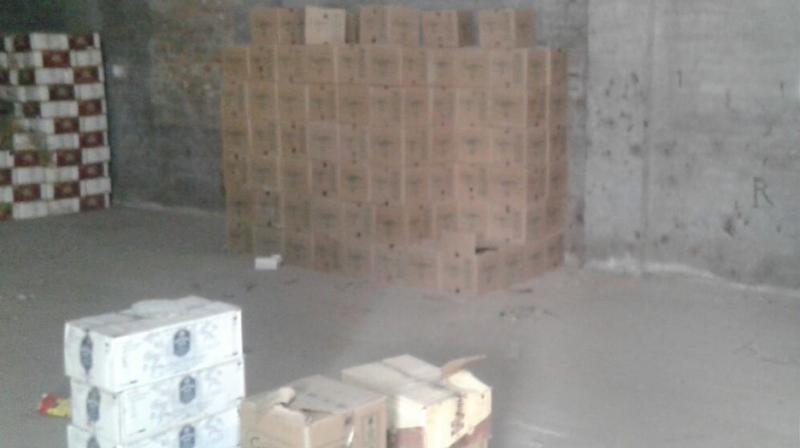 Chandigarh: In a biggest seizure of alcohol since the announcement of polls, the excise department on Saturday seized over one lakh liquor bottles in Bathinda district of Punjab, a week ahead of assembly elections.

Besides, liquor distributions slips were also recovered in Jalandhar.

A senior state election official said it was the biggest seizure made in Punjab after the Model Code of Conduct (MCC) came into effect. Earlier, the seizure of 2,100 cartons of liquor from Pathankot was the biggest recovery.

The haul of illegal liquor was made after the Election Commission has ordered state-wide drive to check distribution of liquor during high-stakes assembly polls in Punjab.

Acting on a tip off, the huge quantity of liquor was seized from two godowns located at Dabwali road in Bathinda, official said.

"In one of the biggest hauls, we have seized 6,000 boxes of illegal liquor which was brought from multiple states including Haryana, Arunachal Pradesh, Himachal Pradesh, stored in a godown at Dabwali road," Bathinda Deputy Commissioner and District Election Officer Ghanshyam Thori said on Saturday.

He said 3500 cartons of liquor were also seized from another godown located on the same road.

"If we sum up the two seizures, the total liquor bottles are worked out over one lakh bottles," he added.

The area where the seizure took place falls under Bathinda Urban seat, where candidates including Manpreet Badal (Congress), sitting SAD legislator Sarup Chand Singla and Deepak Bansal (AAP) are in the fray.

The official said 121 liquor distribution slips were recovered from a liquor vend near Sabji mandi in Jalandhar Cantt area.

Official further informed that 1,000 cases of liquor was also seized in Hoshiarpur.

"The checking of liquor vends in Punjab is already going on the directions of the Election Commission," the official said.

Notably, in the past, various political parties had expressed concern over the misuse of drugs, liquor and cash to influence voters during Punjab assembly polls.

The polling for 117 assembly seats in Punjab will take place on February 4.