The Court, however, pardoned another accused Irfan, a Kanpur resident who later turned approver. 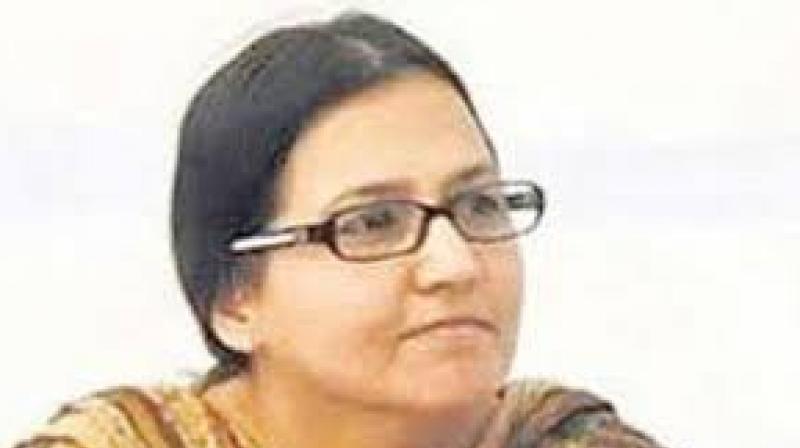 Indore: Over five years after RTI activist Shehla Masood was shot dead in Bhopal, a CBI Court at Indore on Saturday convicted interior designer Zahida Pervez and three other accused for the murder, and sentenced them to life imprisonment.

Judge BK Paloda, presiding over the Special CBI Court, pronounced Zahida, the prime accused, and three others - her friend Saba Farooqui, Saqib Ali alias `Danger' and Tabish - guilty in the high-profile case probed by the CBI.

However, the Court pardoned another accused Irfan, a Kanpur resident who later turned approver.

According to the agency, Zahida, who is married, approached Saqib Ali, who had criminal record, to eliminate Shehla as she was jealous of the latter's growing ties with former BJP MLA Dhruvnarayan Singh with whom the interior designer shared a close camaraderie.

Zahida, her friend Saba, Tabish and Saqib were convicted under IPC Sections 302 (murder) and 120 (b) (criminal conspiracy), among others, and awarded life term.

"The prosecution convinced the Court that Zahida, out of jealousy, hired the killers to get rid of Shehla due to the latter's growing intimacy with the then BJP MLA from Bhopal Dhruvnarayan Singh," CBI Special Public Prosecutor Atul Kumar told reporters here.

The Central agency had produced 80 witnesses in the Court during the trial that lasted for five years.

Shehla was shot dead in broad daylight on August 16, 2011 close to her house in Koh-e-Fiza area of Bhopal.

Unhappy with the Court's judgement, Zahida told reporters, "I am surprised at the verdict."

A large number of people were present outside the Special Court where tight security was maintained.

Meanwhile, defence lawyers Sanjay Sharma and Sunil Shrivastava said they are going to challenge the verdict against their clients in the High Court.