BJP has urged the voters to 'ignore personal ambitions' and stated that HYV candidates will not dampen the chances of BJP. 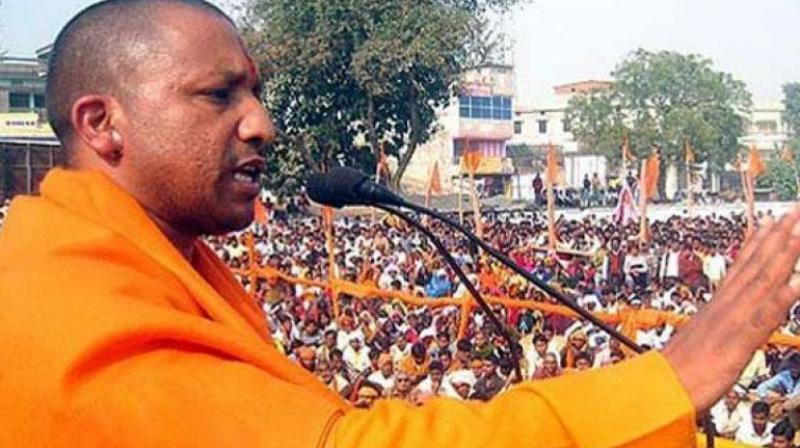 Gorakhpur: Hindu Yuva Vahini, which was floated by Yogi Adityanath, has fielded candidates against BJP in six Assembly seats of the eastern districts in Uttar Pradesh even as the BJP MP sought to distance himself from the move, saying the step was illegal and against the policies of the outfit.

"We have fielded candidates on six seats of three districts in the eastern region of the state," state unit President of the HYV Sunil Singh said.

The seats from where the HYV has fielded candidates are Padrauna, Khadda, Kasya (all Kushinagar), Paniyara (Gorakhpur) and Siswa and Pharenda (Maharajganj), he said.

BJP has already declared its candidates on all six seats.

Aditynath, when contacted, said the HYV is a social organisation and there are no plans of it entering into the political arena.

"Action will be taken against all those who are venturing into politics as this is illegal and against the ideals and policies of the HYV," said Adityanath, who is a five-time BJP MP and a star campaigner for the party in the upcoming polls.

Sunil, on the other hand, said HYV has been working on the Hindutva agenda and this is the best opportunity for the Vahini to give candidates to set things right.

There had been a strong demand in BJP, specially in the stronghold of Adityanath, to declare him as the chief ministerial candidate in the elections.