The FIR was registered under relevant sections of the IT Act and IPC, said a senior police officer. 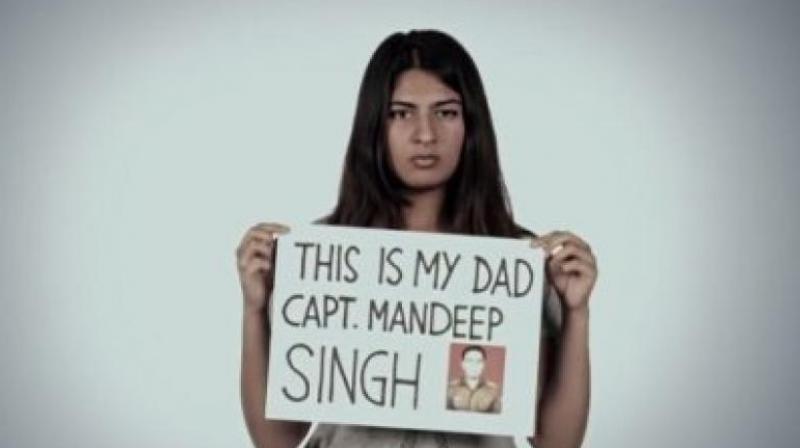 New Delhi: An FIR was registered on Tuesday against unknown persons in connection with the case of a Kargil martyr's daughter who complained of receiving "rape threats" allegedly from ABVP members.

On Monday, police had received a letter from Delhi Commission for Women demanding immediate registration of an FIR against those who had threatened Gurmehar Kaur, 20.

The FIR was registered under relevant sections of the IT Act and IPC, said a senior police officer.

Immediately, area DCP spoke to her & provided necessary security. Her complaint was examined by Cyber Cell and an FIR No.32/17, u/s 354-A,506 IPC & 67 IT Act, PS EOW has been registered and investigation taken up," Delhi Police said in a series of tweets.

Kaur had last week changed her Facebook profile picture to one in which she was holding a placard reading, "I am a student from Delhi University. I am not afraid of ABVP. I am not alone. Every student of India is with me. #StudentsAgainstABVP."

Ramjas college had last week witnessed large-scale violence between members of the AISA and the ABVP. The genesis of the clash was an invite to JNU students Umar Khalid and Shehla Rashid to address a seminar on 'Culture of Protests' which was withdrawn by the college authorities following opposition by the ABVP.