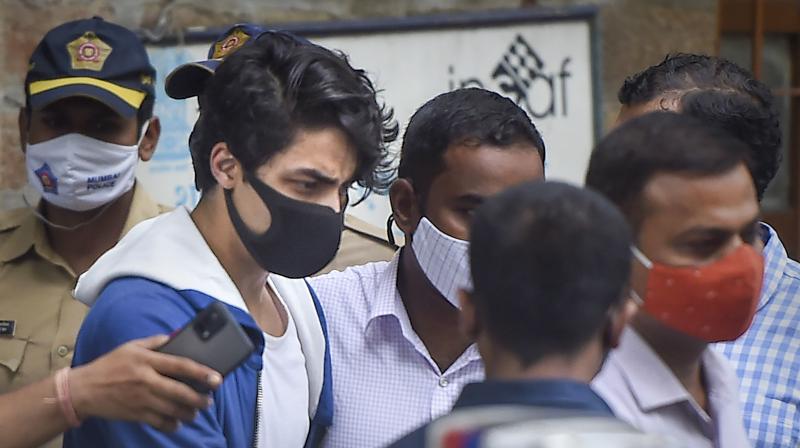 Mumbai: All the hype and hoopla over the drugs case against Aryan Khan has come to nothing. Almost eight months after the registration of the case, in which the 24-year-old star kid spent 26 days in custody, the narcotics control bureau has given him and five other accused persons a clean chit.

The special investigation team of the NCB on Friday filed a 6,000-page charge sheet naming 14 accused. The agency said that the names of six persons, who were made accused by the earlier investigating team, including Aryan, Avin Sahu, Gopal Anand, Samir Sehgal, Bhaskar Arora and Manav Singhal have been dropped from the charge sheet for the “lack of sufficient evidence”.

In a statement, deputy director general Sanjay Kumar Singh of the NCB said, “SIT carried out an investigation in an objective manner. The touchstone of the principle of proof beyond reasonable doubt has been applied. Based on the investigation carried out by SIT, a complaint against 14 persons under various sections of NDPS Act is being filed. Complaint against rest six persons is not being filed due to lack of sufficient evidence.”

Among the five others exonerated in the case, Sahu was a guest of the cruise ship and the remaining four persons were the organisers of the party.

An NCB team headed by then NCB zonal director Sameer Wankhede raided the Cordelia Cruise Ship docked at Mumbai cruise terminal and claimed to have busted a drug party. The team arrested several people including Aryan from the ship. Though the investigators did not recover any drugs from Aryan’s position, they allegedly recovered six grams of charas from Merchant and five grams of hashish from Dhamecha.

Aryan was granted bail by the Bombay high court on October 28 last year. In its order, the HC held that prima facie there was no evidence to infer that Aryan and his friend Arbaaz Merchant conspired to commit offences under the NDPS Act.

Following several controversies courted by Mr Wankhede’s style of function and personal allegations against him, the investigation was handed over to an SIT from NCB (New Delhi), headed by Sanjay Kumar Singh on November 6, 2021.

Welcoming the NCB’s admission that there wasn’t sufficient evidence against Aryan and no drugs were recovered from him, his lawyer Satish Maneshinde said, “The arrest and detention of Aryan Khan for 26 days was unjustified more particularly when he was not found in possession of any drugs, there was no evidence of any kind, there was no material of any nature of the violation of any law much less the NDPS Act. We are happy that the Special Investigation Team under Sanjay Kumar Singh investigated the case in an objective manner and decided not to file a complaint against Aryan Khan for lack of sufficient evidence. God is great. Satya Meva Jayate.”