Tadiq's mother, Chandni, thanked the police for their prompt action and said her son was beaten for disobeying the orders of the peddlers. 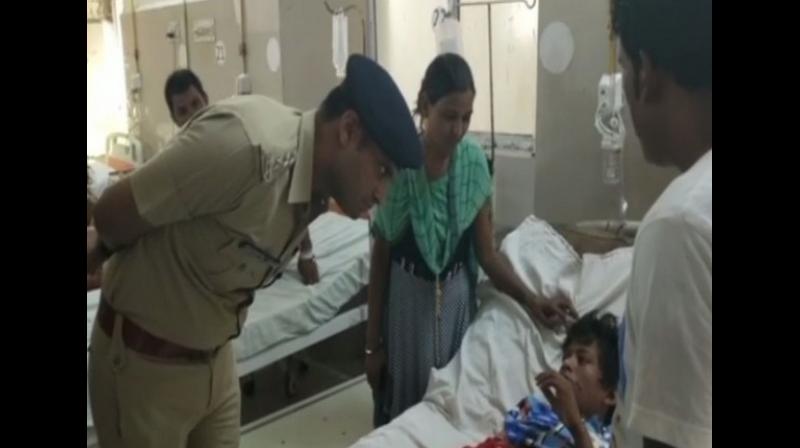 The minor has been identified as Tadiq, a resident of Fateullahganj. (Photo: ANI)

Lucknow: Three drug peddlers beat up a minor boy and forced acid in his mouth for not following their orders to bring a narcotic substance, Swaran Singh, Circle Officer Aliganj said.

The minor has been identified as Tadiq, a resident of Fateullahganj.

"At around 10 pm police received information that a child, approximately 14 years old, was beaten and forced to drink acid by some miscreants. We reached the spot and asked the child about the incident. Based on the information given by the minor we arrested one peddler today in the morning," Singh told ANI here on Thursday.

Singh added that the arrested man was the prime accused who had forced the acid in the child's mouth and assured the other culprits too would be caught really soon.

"The arrested man is the main accused who poured acid on the child, the child is unable to take the names of the other two accused because of his injury. They will be arrested as soon as their identities are revealed," Singh said.

Tadiq's mother, Chandni, thanked the police for their prompt action and said her son was beaten for disobeying the orders of the peddlers.

"Three peddlers called my son and asked him to bring a smack (narcotic substance) for them. Tadiq does not know what drugs are, so he stayed put at the place. This enraged the peddlers who first beat him and then one of them forced acid in his mouth," Chandni said.

"I thank the police for the prompt action they have taken in this matter. They have also arrested the main culprit," she added.