Azad had earlier demanded that the Uttar Pradesh government shift the woman to AIIMS for better treatment. 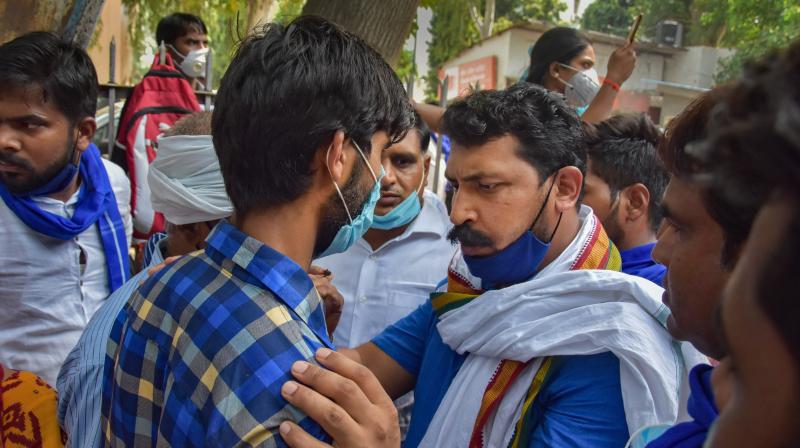 New Delhi: Bhim Army chief Chandrashekhar Azad and his supporters held a protest on Tuesday at Delhi's Safdarjung Hospital, where a 19-year-old woman from Uttar Pradesh's Hathras died days after being gang-raped, demanding the culprits be sentenced to death. The Dalit woman succumbed to her injuries Tuesday morning

At the protest, the Bhim Army chief said, "I appeal to all members of the Dalit community to take to the streets and demand death penalty for the guilty. The government should not test our patience. We won''t rest until the culprits are hanged."

Azad had earlier demanded that the Uttar Pradesh government shift the woman to AIIMS for better treatment.

"The state government is equally responsible for the death of our sister," he alleged.

The woman was gang-raped a fortnight ago. The accused had tried to strangle her to death as she resisted their rape attempt and in the process, she had also ended up biting her tongue and suffering a severe cut on it. The four accused have been arrested.

She was admitted to Aligarh Muslim University's Jawaharlal Nehru Medical College and Hospital and shifted to Safdarjung Hospital here on Monday.