External Affairs Minister Sushma Swaraj has said the government was taking immediate action and she had spoken to UP CM Yogi Adityanath. 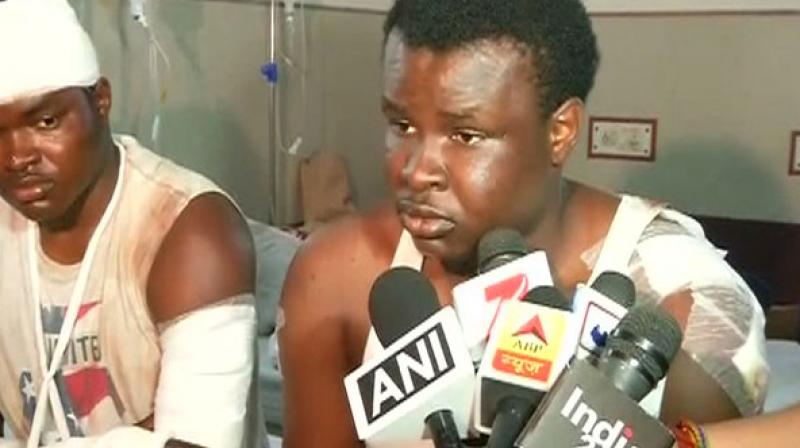 The Nigerian national who was assualted by a mob on Monday (Photo: File)

Abuja/New Delhi: Nigeria has called in the Indian envoy in the country to register its protest over an attack on four Nigerian students in Greater Noida and sought "diligent prosecution" against the perpetrators.

The Nigerian students were allegedly attacked by people during a candle-light march for a 17-year-old Indian boy, who died of suspected drug overdose last week in Greater Noida.

The boy's parents alleged that the foreigners had kidnapped him and given him drugs which led to his death.

Enikanolaiye said the call for the prosecution of culprits was necessary to serve as a deterrent to others, the report said today.

"We want to see diligent prosecution so that it would serve as a deterrent to those who think they can take laws into their hands and harass students who are going about their studies. That is why we felt we should register our concern to you on this occasion, and to please ask your government to take effective measures that this does not occur again," he said.

He said the Indian high commissioner was called in to register the Nigerian government's concern over the incident.

He expressed concern that the incident was not the first of its kind as Nigerians had been attacked in the past by Indians.

"It is therefore, a concern to us that Nigerian students in that place were harassed, beaten up and many of them were seriously injured. We think this should not have happened considering the excellent relationship between two of us, the two countries have things in common and have been great friends," it quoted Enikanolaye as saying.

External Affairs Minister Sushma Swaraj has said the government was taking immediate action and she had spoken to Uttar Pradesh Chief Minister Yogi Adityanath who has assured her of a fair and impartial investigation into the "unfortunate" incident.