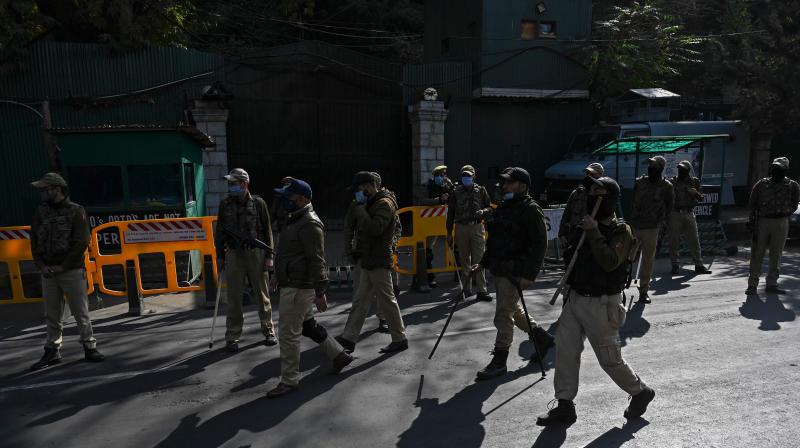 Srinagar: A BJP youth leader and two workers were shot and critically wounded by suspected militants in Jammu and Kashmir’s southern Kulgam district later Thursday evening. The reports said that all the three succumbed to their injuries on the way to hospital.

The police sources said that Fida Hussain Yatoo, district general secretary of the J&K unit of BJP Yuva Morcha, and his associates Umar Ramzan Hajam and Umer Rashid Beigh were targeted by gunmen in Kulgam’s Yaripora village. They were quickly evacuated to an emergency trauma hospital along the Srinagar-Jammu highway in Qazigund area. But doctors at the hospital pronounced them dead on arrival.

“All three of them were brought dead,” Dr. Asima, Medical Superintendent Qazigund, was quoted as saying by local news agency GNS.

The officials said that senior J&K district police officers and also those of the CRPF have already reached the spot to begin investigations. They also said that a vast area around the scene of the shooting has been cordoned off and a search operation launched to get the assailants dead or alive.

A report said that the trio was attending a wedding ceremony in the area when a group of masked gunmen arrived at the scene and forcibly took them along. The report also said the BJP youth leader and his associates were taken to a nearby apple orchard where they were shot at from point blank range.

A statement issued by the J&K police said, “Police have registered a case in this regard under relevant sections of law. Investigation is in progress and officers continue to work  to establish the full circumstances of this terror crime. Area has been cordoned off and search in the area is going on.”