After being beaten up by the locals, the woman was rushed to a hospital in a critical condition. However, she succumbed to her injuries 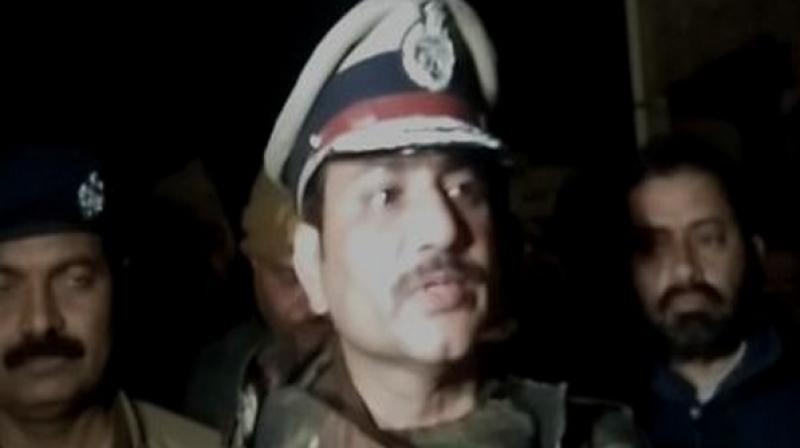 The wife of a man who was killed for holding children as hostages here at Farrukhabad, died after being brutally thrashed by villagers on Friday, police said.

After being beaten up by the locals, the woman was rushed to a hospital in a critical condition. However, she succumbed to her injuries.

"When we sent her to the hospital, she was injured. She sustained injuries on her head. Her head was bleeding. As police killed her husband (the accused in the case), she tried to flee. As the children were kept hostage by both husband and wife, the villagers, in a fit of rage, pelted stones and bricks at her," Mohit Aggrawal, Inspector General Kanpur, told media.

"Postmortem report will clear everything, further details on the cause of death will only come out after the report," the IG said.

Earlier in the morning, more than 15 children who were held hostage at a house in Farrukhabad were safely evacuated by police.

"The person who was holding the children as hostage has been killed in an operation and all children have been safely evacuated," Uttar Pradesh Additional Chief Secretary and Principal Secretary Home, Awanish Kumar Awasthi said.

"Chief Minister (Yogi Adityanath) has announced an award of Rs 10 lakh for the Uttar Pradesh Police and its team that successfully carried out the operation. All personnel who took part in the operation will be given a certificate of appreciation," Awasthi said.

On Thursday, Farrukhabad Police had said that more than 15 children were held hostage at a house. Following this, the Chief Minister convened a high-level meeting over the incident.

Uttar Pradesh ADG Law and Order PV Ramashastry had said that the accused had been sentenced to life imprisonment in a murder case and he was out on bail.

"He had called the children on the pretext of a birthday party and held them hostage. He opened fire on villagers," he had said.