India   Crime  31 Jan 2020  Nirbhaya convicts have made a mockey of the law: Asha Devi
India, Crime

Nirbhaya convicts have made a mockey of the law: Asha Devi

Asha Devi said the convicts have made a mockery of law and the court should dismiss their plea seeking a stay on their execution on Feb.1 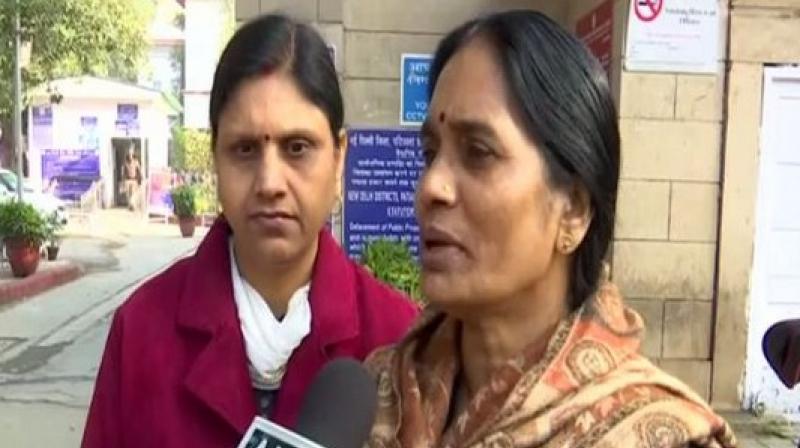 Nirbhaya's mother Asha Devi on Friday said the convicts have made a mockery of law and the court should dismiss their plea seeking a stay on their execution on February 1.

"I believe and I hope that the execution will take on February 1. The convicts have made a mockery of the law. The court should also dismiss their plea," Asha Devi told ANI.

Delhi's Patiala House Court is scheduled to hear a plea filed by two of Nirbhaya gang-rape and murder convicts, seeking a stay on their execution scheduled for February 1.

The plea was moved in the Delhi court by advocate AP Singh, who is representing convicts Akshay Thakur and Vinay Sharma.

"According to the Delhi Prison Rules, none of those convicted can be hanged until all of them have exhausted all legal options including the mercy petition," said Singh in the plea.

Responding to the petition filed by Singh, public prosecutor Irfan Ahmad told the court that this is "clearly a mockery of justice." "Convicts' lawyers are taking too much time to use their legal remedies," he said.
The matter will be heard by Additional Sessions Judge AK Jain today at 2 pm.

The court on Thursday issued a notice to the Tihar jail authorities seeking its response on a petition filed by the convicts and asked the prison officials to submit a status report before 10 am today.

The four convicts in the matter — Akshay Thakur, Mukesh Singh, Pawan Gupta, and Vinay Kumar Sharma — are scheduled to be hanged on February 1.