The convict did not mend his ways despite four FIRs lodged against him by victim. 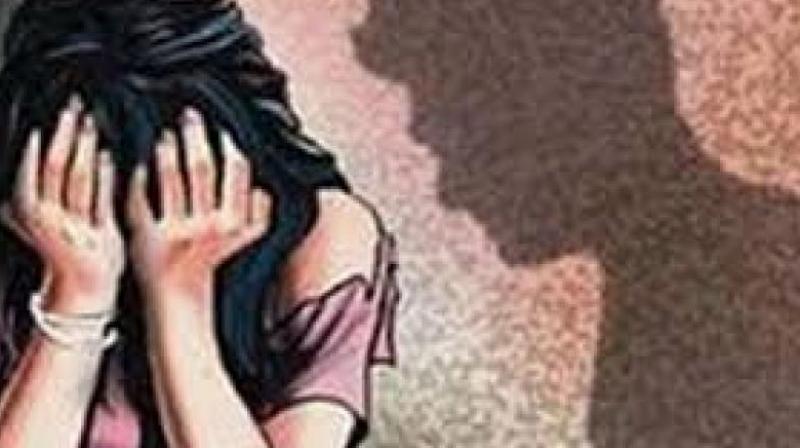 The court, which also slapped a fine of Rs 15,000 on the convict, directed the Delhi Legal Service Authority (DLSA) to pay the victim Rs two lakh compensation considering "the gravity of the offence, her mental and physical trauma, her social status and financial condition". (Representational Image/PTI)

New Delhi: A man has been sentenced to ten years rigorous imprisonment for raping, stalking and threatening his wife's sister, with a Delhi court observing that the convict did not mend his ways despite four FIRs lodged against him by the woman.

"A girl who is continuously facing molestation at the hands of her brother-in-law who had an evil eye on her and wanted to be physical with her since his marriage with her sister, had no option but to file the complaint with the police," Additional Sessions Judge Renu Bhatnagar said.

The court observed that despite taking legal recourse, the woman fell prey at the hands of the accused, who married her sister in 2015. "Her (victim's) various police complaints, culminating in registration of four FIRs against the accused, tells a tale of the helpless situation of a girl, who despite taking recourse to law and police, fell prey to the hands of the accused, who ultimately succeeded in committing rape with her, despite all her resistance and efforts. Nothing adverse came out in the cross-examination of the prosecutrix so as to show that she was deposing falsely in the court. Her testimony is consistent throughout," the judge said.

The court, which also slapped a fine of Rs 15,000 on the convict, directed the Delhi Legal Service Authority (DLSA) to pay the victim Rs two lakh compensation considering "the gravity of the offence, her mental and physical trauma, her social status and financial condition".

It noted that ever since the convict got married, he was stalking his wife's sister because of which the couple soon separated.

According to the prosecution, the man forced the victim to have physical relations with him and threatened to torture her sister (his wife) and kill her father and brother if she refused. She lodged several complaints against him, yet he did not mend his ways, the woman told the court, adding that on December 27, 2015 he raped her.

She lodged an FIR on January 6, 2016 alleging that on several occasions, he had molested her and stalked her following which she lodged various complaints.

The man, however, denied all the allegations and claimed he was falsely implicated by the victim, adding that he had consensual physical relations with her. The court rejected his contentions and sent him behind bars while noting that the woman was threatened and coerced to have a physical relation.

"The act of making physical relations was under coercion and the consent was not voluntary and it was passive giving in by the prosecutrix on account of inevitable compulsion and clouded by the fear of threats of blackmailing by the accused. Despite the continuous FIRs against the accused, the accused was not desisting from his act of molesting the prosecutrix and conduct of the accused certainly had a scary impact on the mind of the prosecutrix," the court said.