Head Constable Suresh Vats was killed, 2 civilians were injured on Dec 29 after protestors pelted stones at them. 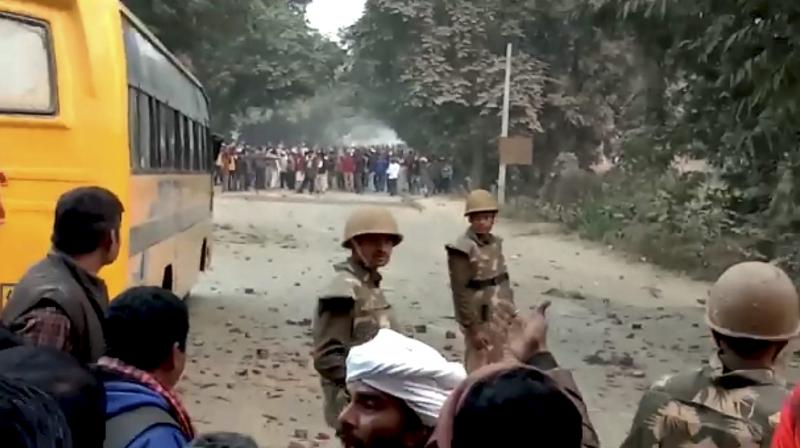 The cop was deployed at Prime Minister Narendra Modi's rally in Ghazipur and was returning from the event when the incident took place. (Photo: AP)

Ghazipur: Twenty-seven people have been arrested so far in connection with the Ghazipur stone pelting that claimed the life of a police constable, Superintendent of police (SP) Ghazipur said on Monday.

Police Constable Suresh Vats was killed and two civilians were injured on December 29 after some members of a protest rally, organised by Nishad Party, allegedly hurled stones on them near Naunera area in Ghazipur.

The cop was deployed at Prime Minister Narendra Modi's rally in Ghazipur and was returning from the event when the incident took place.

Meanwhile, Union Minister and Uttar Pradesh MP Mahesh Sharma said that the incident was reactionary and shouldn't be politicised.

"It is unfortunate, but this should not be linked with the law and order situation in the state. It was a reactionary incident. The Chief Minister took immediate action after taking cognisance of it," Sharma told ANI.