Jalalabad is small border town where one of the biggest electoral battles of Punjab is taking place. 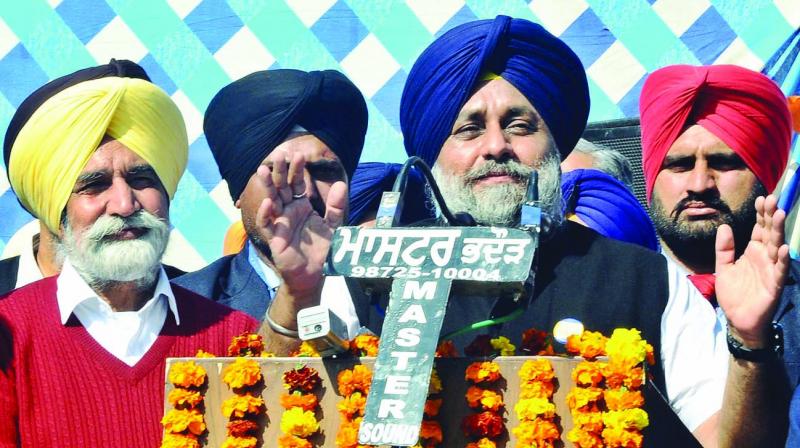 The three key contestants from this seat are locked in a fierce contest as Bittu is the grandson of slain Punjab chief minister Beant Singh and Mann is arguably the party’s face in Punjab elections.

Sukhbir is a tough contestant and his record says it all. He won the last Assembly election from this seat with the highest record margin of over 53,000 votes.

The two main Opposition parties —  Congress and AAP — have taken the fight to an interesting level against Sukhbir, who is also deputy chief minister of Punjab. Jalalabad is small border town where one of the biggest electoral battles of Punjab is taking place.

Sukhbir is better known as the son of the five-time chief minister of Punjab, Parkash Singh Badal. His challenger is comedian, musician and actor-turned-politician Bhag-want Mann. Bittu is the Ludhiana MP.

Mr Mann showed people don’t just come to his rallies for a laugh, when he won the Parliamentary seat from Sangrur in the 2014 Lok Sabha elections. He is second only to AAP chief Arvind Kejriwal when it comes to crowd pulling. Sukhbir’s campaign in this seat started on a bad note with some disgruntled elements throwing stones at his cavalcade. The battle has become more interesting here as Akali MP Sher Singh Ghubaya’s son Davinder Singh has joined the Congress and entered the fray from neighboring seat Fazilka.

Rolling out his campaign, Sukhbir said, “I have spent Rs 400 crore in Jalalabad constituency on upgrading sewerage and water works. Another MLA wouldn’t have been able to spend more than Rs 4 crores. This constituency is special, that’s why its development is also special for me.” During his campaigns, Sukhbir makes it sure to attack Mr Mann in his speech. “What good can he do for the masses? AAP has done no good even in Delhi. So, one cannot expect anything from them even in Punjab. Remember most of them are outsiders and have no knowledge about the issues of Punjab,” he tells the electorate.