AAP needs a 'movement' to change its leadership: BJP

The BKP leader said that people should not believe on Kejriwal's utterances as his words don't match his actions. 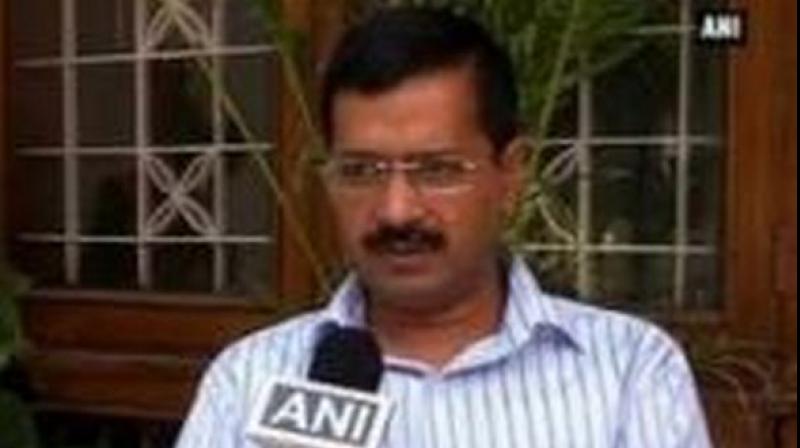 Kohli further said that Kejriwal had even taken an oath of his children and said would never go with the Congress, but he immediately went with the Congress to form his first government in Delhi. (Photo: ANI)

New Delhi: The Bharatiya Janata Party (BJP) on Monday came down heavily on the Aam Aadmi Party (AAP) Convenor Arvind Kejriwal and said people should not believe on his utterances as his words don't match his actions.

BJP leader Nalin Kohli told ANI, "The AAP is a party of accusations, allegations, and excuses, and we should not believe what Kejriwal says because he has never stood by what he said".

Kohli further said that Kejriwal had even taken an oath of his children and said would never go with the Congress, but he immediately went with the Congress to form his first government in Delhi.

"The AAP is a party that came on the ideology of a movement which was of Anna Hazare. It made big promises to the people of Delhi and has done exactly the reverse," said Kohli. Commenting on AAP's internal fight, the BJP leader said that now a movement to change the AAP leadership was needed.

Another BJP leader and former AAP leader Shazia Ilmi said, "Nothing has changed in the AAP. Few years ago I had also resigned from AAP highlighting the same issues which are being voiced now by others". However, she refused to praise AAP supporter Kumar Vishwas for demanding internal democracy in the party.

She said that Arvind Kejriwal is now trapped in his own stitched web. After AAP's poor performance in the recently held Municipal Corporation of Delhi (MCD) elections, an internal clash is going on in the party.

Kumar Vishwas said that AAP should stop blaming the Electronic Voting Machines (EVMs) and reconnect with people. Kejriwal and other senior leaders of AAP have been blaming EVM tampering for party's defeat in Punjab and Goa assembly elections and MCD elections.