At least one UP minister to hear public grievances everyday: Yogi Adityanath

The move is part of the government's efforts to establish a direct contact with people and ensure speedy redressal of their problems. 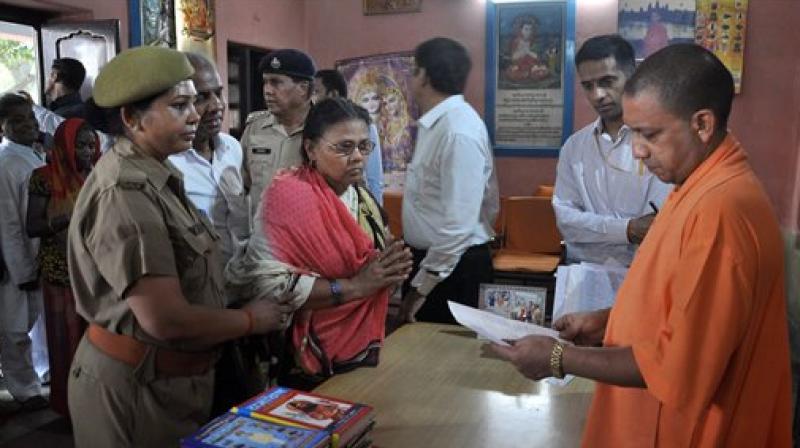 Lucknow: With the Uttar Pradesh Agriculture Minister Surya Pratap Shahi holding a meeting to listen to the problems faced by common people, the Adityanath government on Monday kick-started an exercise under which at least one state minister will hear public grievances daily.

The move is part of the Yogi Adityanath government's efforts to establish a direct contact with people and ensure speedy redressal of their problems.

He said the people had voted for the BJP as they were tired of the "misrule" by the SP and BSP.

"The party is trying to create a new culture in the state," Shahi said adding the idea was to establish a direct rapport with the public.

The minister further said that saffron colour symbolises sacrifice. "Anyone who wears saffron coloured clothes, must be ready for sacrifice," he added.