The Cong minister also said that the road blockade for the President and Prime Minister must also be banned. 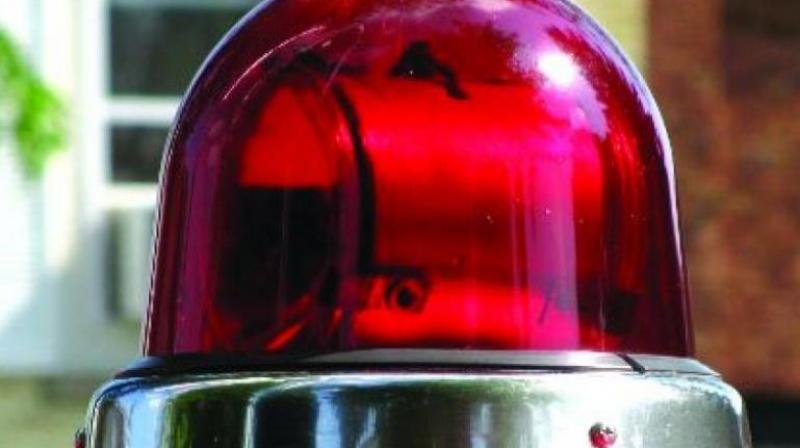 He said that that the government's aim should be to ban several things encouraging VIP culture instead of focusing on only one. (Representational Image)

Patna: While accepting Prime Minister Narendra Modi's instructions to put a ban on the red beacon in order to bring an end to VIP culture, the Congress on Monday demanded that the road blockade for the President and Prime Minister must also be banned.

"If the government feels that putting a ban on red beacon would remove the VIP culture in the country then I think road blockade for the President and Prime Minister must also be banned to discourage the VIP culture," Congress leader Ashok Chaudhary told ANI.

Chaudhary drew an analogy between a 'superficial surgery' and the current ban on red beacon, saying that the government's aim should be to ban several things encouraging VIP culture instead of focusing on only one.

"Prime Minister's instruction of banning red beacon to end VIP culture is equivalent to half-hearted superficial surgery which might risk life of the patients," he said.

"I think the Prime Minister is right. There are two issues here. One is the removal of red beacons. It is an important beginning to end the VIP culture but secondly it is equally important that merely removing the red beacons would not change the mindset of the VIP culture so more needs to be done. And those at the top must set the examples," Sharma said.

The Central Government on Wednesday banned the use of red beacon atop vehicles of dignitaries, including the central and state ministers and other VVIPs.

The decision taken by the Union Cabinet has been implemented from May 1. It was reported that five categories would be exempted from the ban - the President, the Vice President, the Prime Minister, the Chief Justice of India and the Lok Sabha Speaker.

The ban has been applied to union ministers, chief ministers, state cabinet ministers, bureaucrats and judges of the High Court and Supreme Court.