With regard to the recent Sukma attack, an intense discussion took place in regard to strategies and security. 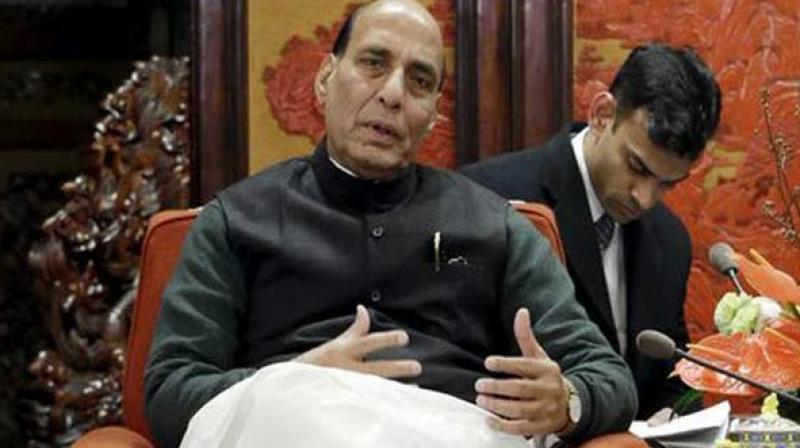 New Delhi: An intensive discussion was held on the present security situation in Jammu and Kashmir and the recent Sukma attack in the high-level meeting at Union Home Minister Rajnath Singh's residence in New Delhi.

With regard to the recent Sukma attack, an intense discussion took place in regard to strategies and security.

Rajnath also stressed on improving the situation in Jammu and Kashmir at the earliest.

As many as 25 Central Reserve Police Force (CRPF) personnel were killed and five others injured in the encounter with naxals in Sukma on April 24.

The attack took place on personnel of the CRPF's 74th Battalion as they were assisting the local population in road building and clearing activity in the district.

Kashmir is embroiled in utter chaos and violence since Hizbul Mujahideen commander Burhan Wani's killing by security forces in an encounter in south Kashmir's Kokernag on 8 July, 2016.