He courted massive controversy by announcing a reward of Rs. 11 lakh for West Bengal CM. 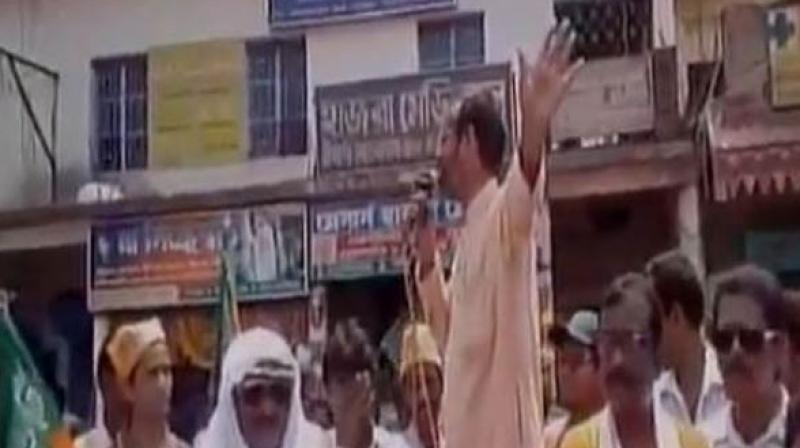 He also accused her of practicing politics of appeasement. (Photo: ANI/Twitter)

"Today, you cannot understand whether Mamata Banerjee is a male or female. I'd say she has become a 'hijra' (eunuch)," he said. This statement has triggered demand for action against him.

Can't understand whether Mamata Banerjee is a man or woman. She has become a ‘hijra' as you see in trains/buses says BJP's Shyamapada Mondal pic.twitter.com/s5hWu7FLoi

In West Bengal's Birbhum, Suri police on Sunday had already warned the Bir Hanuman Jayanti organizers that it would not allow holding of any rally or meeting at Suri on Tuesday.

The organizers requested and assured the police that they would not carry arms. However, the police did not move from its stand and charged on.