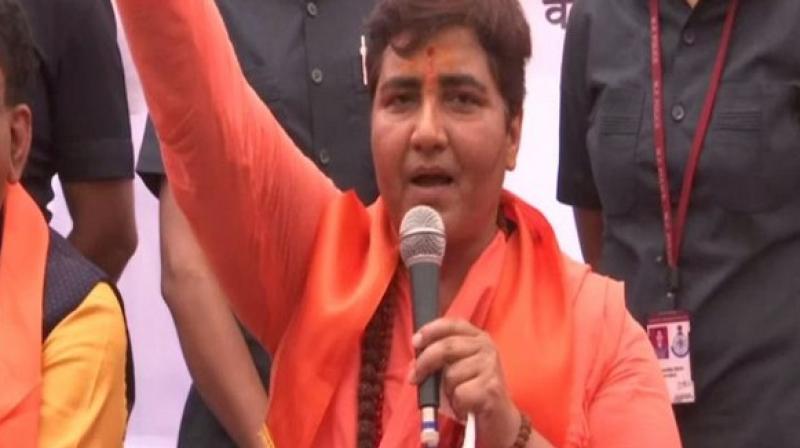 Thakur's remark that she is proud of Babri Masjid's demolition was found violative of the MCC. (Photo: ANI)

The panel "strongly condemned" her remarks" and "warned her "not to repeat the misconduct in future". The EC said though Pragya had apologised for her statement against the slain IPS officer, it found the statement to be "unwarranted". The ban would come into force from 6.00 AM, May 2 (Thursday).

Pragya had said Karkare was killed in the 26/11 Mumbai terror attack because of her "curse" as he "tortured" her when he probed the Malegaon blast case as chief of the Anti-Terrorism Squad (ATS).

She also had said that she was "proud" of her participation in the demolition of the Babri mosque at Ayodhya in 1992.