His dramatic entry into the election scenario of Bhopal has given a new dimension to the campaign. 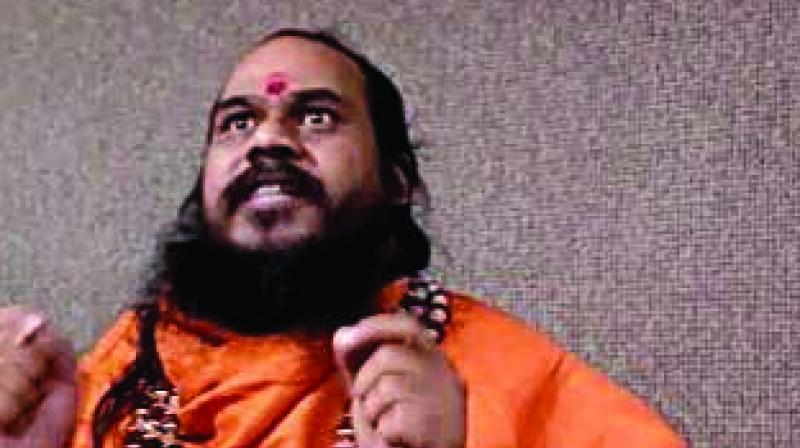 Bhopal: A Hindu seer here has created a flutter by announcing to conduct a unique “havan” (ritual burning of offerings) of five kg of red chilli every day for a week for the defeat of BJP’s Sadhvi Pragya Singh Thakur — Congress veteran Digvijay Singh’s poll rival — in Bhopal Lok Sabha seat.

Mahamandaleswar Swami Vairagyanand, associated with Panchayati Niranjani Akhara (followers of Lord Shiv and Vishnu) told reporters here on Monday evening that he would spot a “sacred” place in Bhopal for the purpose in a day or two.

“I will begin the ‘havan’ on May 5. It will continue till the day of polling in Bhopal seat on May 12. The ‘yagna’ would subdue Mr Singh’s poll rival and ensure his easy victory in the elections,” he claimed.

“I am predicting Mr Singh’s victory in the elections. I will take live ‘samadhi’ if Mr Singh loses in the polls,” he thundered. The seer also announced to parade at least 20,000 sadhus or sages in Bhopal in support of Mr Singh.

“I will organise a rally of 20,000 sahdus in Bhopal in Mr Singh’s support to dispel the misimpression prevailing in public that only the BJP has following among saffron clad saints. The Congress, too, has followings in sadhus and sants,” he added.

His dramatic entry into the election scenario of Bhopal has given a new dimension to the campaign.

The seer had created a ripple in political circle in Madhya Pradesh when he threatened to overthrow the previous Shivraj Singh Chouhan government with the help of supernatural powers of sages.

He had accused former CM Shivraj Singh Chouhan then of trying to “purchase” saints by giving the chosen religious leader MoS status.