Rahul Gandhi, who is expected to hold a rally at Sangareddy district, will be focusing on the farmers’ plight in the state. 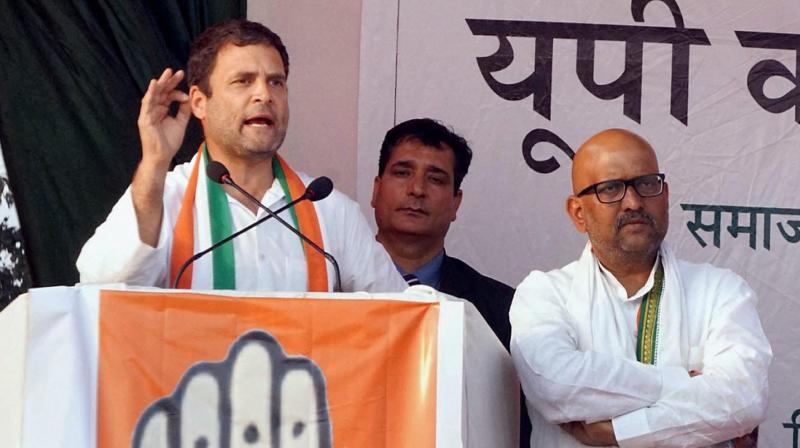 New Delhi: After BJP chief Amit Shah, Congress vice-president Rahul Gandhi will be embarking on a tour to the southern states to strengthen the party. His first stop will be at Telengana on Thursday. Mr Gandhi, who is expected to hold a rally at Sangareddy district, will be focusing on the farmers’ plight in the state.

On June 3, Mr Gandhi will be in Chennai to participate in the birthday celebrations of DMK patriarch M. Karunanidhi. The following day (June 4), Mr Gandhi along with Opposition leaders will be addressing a rally in the East Godavari district of Andhra Pradesh. The Opposition leaders expected to attend Mr Gandhi’s rally in Andhra Pradesh include Akhilesh Yadav, Sharad Yadav, Sitaram Yechury and D. Raja. This would be the first time after the Uttar Pradesh Assembly elections that Mr Gandhi and former Uttar Pradesh chief minister Akhilesh Yadav will share a dais.

The Congress had earlier announced that in Telengana, Mr Gandhi will address a rally being called; “Telangana Praja Garjana.” Mr Gandhi’s visit to southern states has been planned to counter the BJP’s “southern outreach.” “Looking forward to being in Sangareddy tomorrow (Thursday), a place that holds a very special significance for me, for Congressmen and women across the country,” said Mr Gandhi in a tweet.