Earlier in the day, Priyank Kharge took a dig at Amit Shah saying 'MHA should be renamed to Ministry of providing clean chits.' 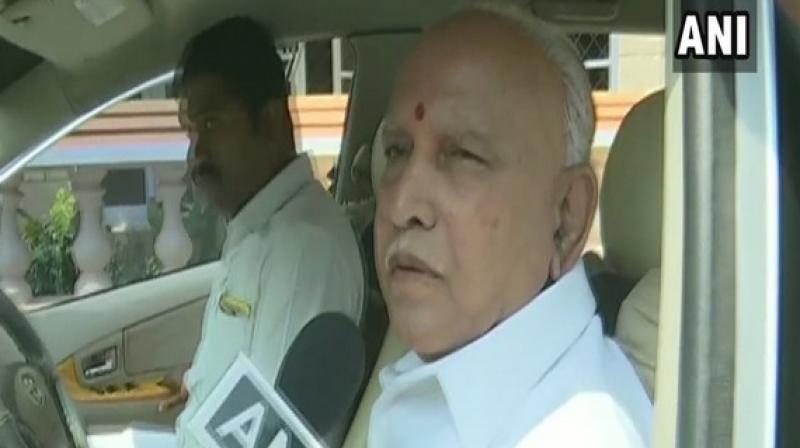 He also claimed that because of Priyank, his father and senior Congress leader Mallikarjun Kharge lost over 1 lakh votes in LS elections. (Photo: ANI)

Shivamogga: BJP state president BS Yeddyurappa on Saturday slammed Chittapur Congress MLA Priyank Kharge for taking a jibe at Amit Shah's appointment as Home Minister saying, "he is speaking nonsense without any base."

He also claimed that because of Priyank, his father and senior Congress leader Mallikarjun Kharge lost over 1 lakh votes in the recently concluded Lok Sabha elections.

Earlier in the day, Priyank Kharge took to Twitter and wrote, "Now that we have a new Home Minister, I think it is better to rename the Ministry of Home Affairs as Ministry of Providing Clean Chits."

Priyank, who is a Minister for Social Welfare in the Karnataka Government and son of Congress leader Mallikarjun Kharge, attacked Shah a day after the latter was allotted Ministry of Home Affairs in the Narendra Modi Cabinet.