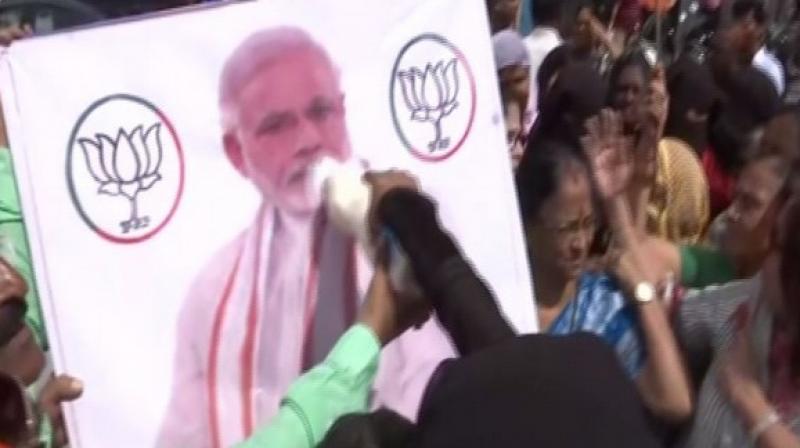 The Bill, which was earlier passed by the Lok Sabha, criminalises instant triple talaq among Muslims and provides for a jail term of three years for the husband. (Photo: ANI)

"It was a historical move taken by the central government. Muslim women have waited for 70 years and it is the biggest gift to Muslim women. This triple talaq is nowhere implemented in any Islamic countries. All the Muslim women and their parents are happy in India," Mohd Afsar Pasha, Bjp Minority Morcha state President told ANI.

"We are also going to appeal to remove Niqha Halal in coming days. Today we have celebrated the passage of triple talaq bill in Parliament. We have also done 'abhishek' on PM Modi's banner," he said.

The Rajya Sabha passed the Muslim Women (Protection of Rights on Marriage), Bill, 2019, on Tuesday after rejecting the Opposition's demand to refer it to the Select Committee.

The Bill, which was earlier passed by the Lok Sabha, criminalises instant triple talaq among Muslims and provides for a jail term of three years for the husband.