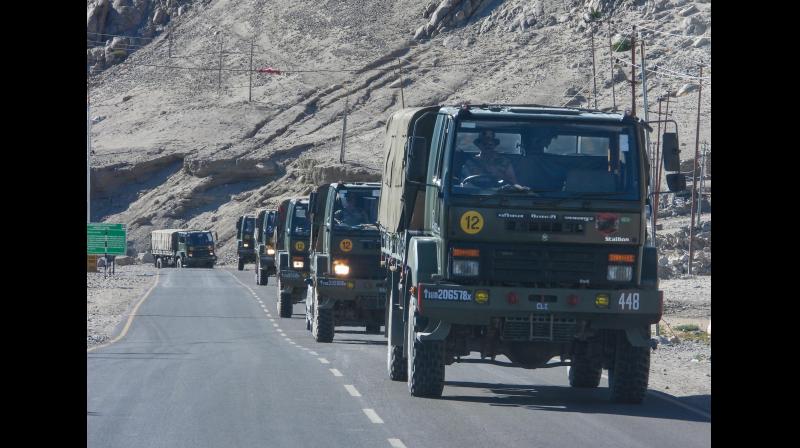 China had shown no interest to further de-escalate the situation in other friction points. Representational Image. (PTI)

New Delhi: Indian and Chinese Corps Commanders held 12th round of talks on Saturday on the second phase of disengagement from friction points in Ladakh.

The meeting between the two Commanders went on for around nine hours.

“The meeting started at 10.30 am at Moldo on Chinese side of Line of Actual Control (LAC) in Ladakh sector and ended at around 7:30 pm in the evening,” said sources. A statement on the meeting is likely to be issued on Monday.

The last round of talks between the two Corps Commanders was held on April 9. Before the meeting, sources had said that among all remaining friction points consensus is likely to be reached first on Gogra-Hotsprings. The Chinese have hardened their position on Depsang plains, and Demchok friction points.

India’s position is that China should completely withdraw from all friction points in Ladakh and restore the pre-April 2020 status quo.

The Indian delegation was led by 14 Corps commander Lt. Gen. P.G.K. Menon.
India has deployed 50,000 soldiers at Ladakh and is closely watching the Chinese movement.

In February, India and China had reached an agreement to disengage from the north and south banks of Pangong Tso to pre-standoff status. After both sides disengaged in Pangong Tso, further negotiations collapsed. China had shown no interest to further de-escalate the situation in other friction points.

There are reports of Chinese building permanent structures near LAC. Earlier this month, some Chinese nationals had protested against Indian villagers celebrating the birthday of the Dalai Lama in Demchok in Ladakh by displaying banners from across the Indus river.