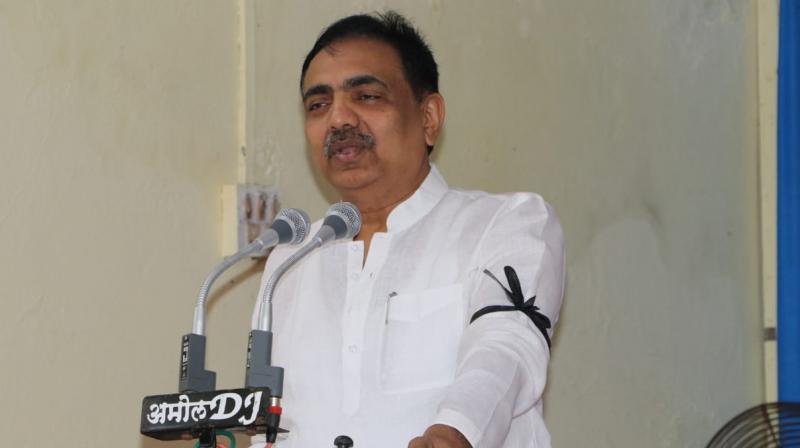 Mumbai: Maharashtra Cabinet ministers on Sunday sported black ribbons to express solidarity with Belgaum’s Marathi-speaking people, who observed November 1, the foundation day of Karnataka, as ‘black day’. They expressed confidence that the Marathi-dominated Belgaum and other areas along the Karnataka border would soon be part of Maharashtra.

Marathi-speaking people from the Karnataka border region also observed the black day in Mumbai by sporting black ribbons. They held protests demanding the merger of 865 villages in Karnataka with Maharashtra. They also raised slogans like “Rahenge to Maharashtra mein, nahi to Jail mein (We will prefer to live either in Maharashtra or in jail.)”

The Marathi-speaking people living in Belgaum, Nipani, Karwar, Bidar, Bhalki and other areas in Karnataka have been demanding that their areas should be merged with Maharashtra. The dispute between the two states over these border areas is pending before the Supreme Court.

“Atrocities against Marathi-speaking people by Karnataka are continuing even though the case is pending in the Supreme Court,” Patil said.

State Rural Development Minister Hasan Mushrif from the NCP reacted strongly to the claims of Karnataka Deputy Chief Minister Laxman Savadi that Belgaum will continue to be a part of Karnataka till the sun and moon exist. “Leave sun and moon, Belgaum will be the part of Maharashtra even before your tenure ends,” retorted Mushrif.

“We both are small soldiers of this movement to include these areas into Maharashtra which is indebted to the sacrifice and courage of the local Marathi population. Maharashtra considers everyone in the border areas who speaks Marathi irrespective of his/her caste, creed and religion as its own,” the ministers said.