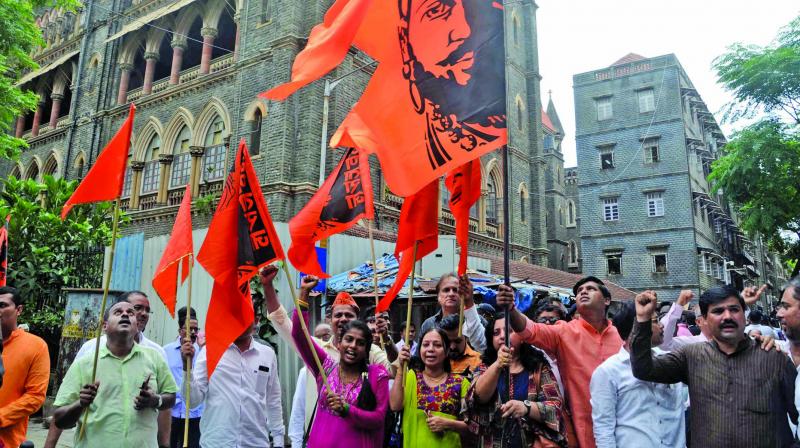 In this file photo, Maratha activists celebrate the reservation verdict passed by the Mumbai high court on Thursday in Mumbai. —Shripad Naik

Mumbai: The Uddhav Thackeray-led MVA government in Maharashtra may find itself on a sticky wicket over the calls to provide reservation to Maratha community from the OBC quota. To oppose the demand, the OBC as well as VJNT communities have called for a statewide 'OBC Aarakshan Bachav Aandolan' on November 3.

The issue has caught the MVA government in a catch-22 situation as the OBC and Vimukta Jati and Nomadic Tribes (VJNT) communities have vehemently opposed the demand. If the state government decides to give in to the Marathas’ demand, it is likely to incur the wrath of these sizeable communities.

While the Maratha organisations are up in arms against the government and want immediate steps to lift the stay of the Supreme Court on the reservation and other welfare schemes, the OBC’s have also started raising their issues, stating that the OBC quota should not be reduced to accommodate any community.

According to Shendge, the OBC and VJNT communities will hold protests at tehsil offices across the state on November 3. Their major demand will be not to provide reservation to Marathas from the OBC quota.