India   Politics  01 Dec 2019  'Never said I will return, but I did': Uddhav's dig at Fadnavis over midnight swear-in
India, Politics

'Never said I will return, but I did': Uddhav's dig at Fadnavis over midnight swear-in

The NCP leader expressed confidence that Fadnavis won't be part of any efforts to dislodge Thackeray-led government of Sena-NCP-Congress. 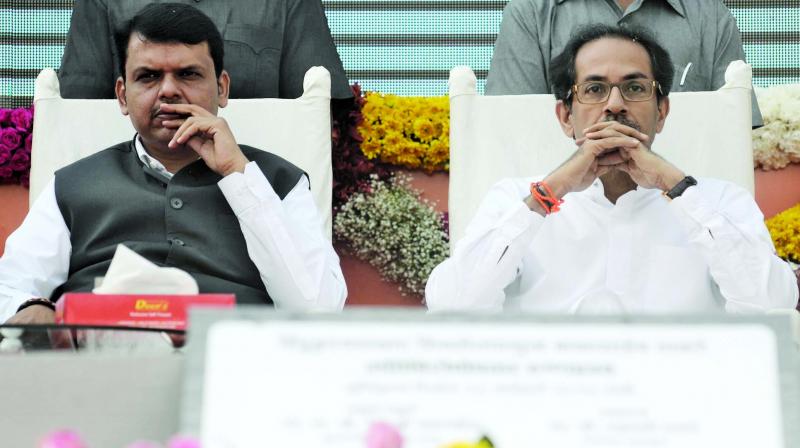 Thackeray was speaking after Fadnavis, leader of state BJP legislature unit, was named the new Leader of Opposition in the House by Speaker Nana Patole. Describing Fadnavis as a friend, Thackeray also said he does not view him as opposition leader. "I never said I will come back, but I came in this House," Thackeray said during his congratulatory speech.

"I can assure this House and people of Maharashtra that I will not do anything at midnight. I will be working for the interests of the people," he said.

Thackeray's swipe was apparently about the early morning hush hush swearing in of Fadnavis as CM on November 3, along with NCP leader Ajit Pawar as deputy chief minister, after night-long dramatic political developments in Mumbai and Delhi.

Appealing to the House to minimise farmers' woes, Thackeray said, "The aim of this government is not only to waive farmers' loans but we also need to reduce his worries as well."

"Those who were in opposition for several years are now with me to form the government whereas friends (BJP) have gone away to sit on opposition benches in this House," he said.

The Shiv Sena chief said he has no hesitation in admitting his friendship with Devendra Fadnavis. "I will not hesitate to admit that we have been good friends for a long time. Had you listened to us, I would have been sitting at home watching today's developments on TV," Thackeray said.

NCP minister Jayant Patil also targeted Fadnavis. "He (Fadnavis) said he would return, but didn't say where he will sit (in the House)," Patil said. "Now he has returned and is occupying this top post (of Leader of Opposition) which is of the same level as CM post," Patil said.

The NCP leader expressed confidence that Fadnavis won't be part of any efforts to dislodge the Thackeray-led government of the Sena-NCP-Congress combine.