Budget for economic corridors and fisheries too announced 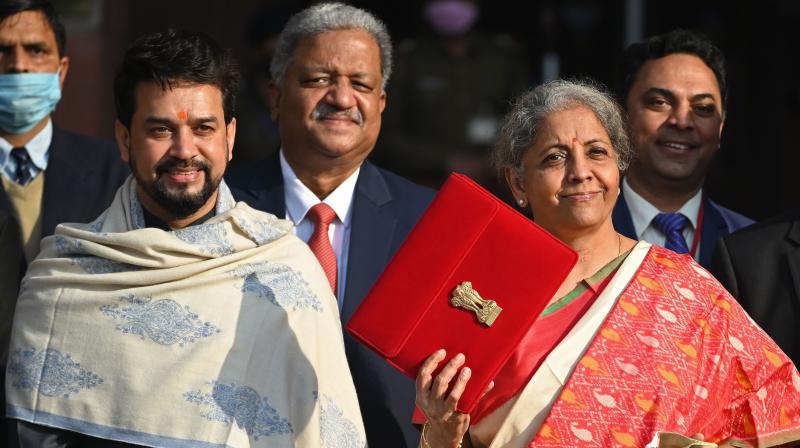 New Delhi: The Union Budget on Monday saw the Center announcing a number of multi-crore fund allocation for infrastructure in the four poll bound states of West Bengal, Kerala, Tamil Nadu and Assam. The BJP is keen to expand its footprint in these states. Though it is in power in Assam it wants to retain power in the state while wanting to be a real challenger in the others. These states are scheduled to go to polls after April and May this year.

In Tamil Nadu, where the BJP is trying to expand its footprint, a 3,500-km long highway with an investment of Rs 1.03 lakh crore was announced. Amidst cheers from her party MPs in Parliament, the finance minister announced that the allocation would include the construction of the Madurai-Kollam economic corridor. Additionally, a Kochi-Chennai-Visakhapatnam fisheries hub is to be set up along with a multipurpose seaweed park in that state.

Kerala got a Rs 65,000-crore road infrastructure project under the 2021-22 Budget. This would entail construction of 1,100 km of roads in the state. The finance minister specifically mentioned that the phase two of the Kochi metro railway, covering a length of 11.5 km at a cost of Rs 1957.05 crore, would be carried out from the allocation, besides including the 600-km section of the Mumbai-Kanyakumari corridor that would pass through Kerala.

Additionally, Rs 1,957 crore will be allotted to the Chennai Metro project, addressing a public demand for better public transport options in the city.

For West Bengal, the finance minister announced Rs 25,000-crore worth of road projects. A stretch of 675 kilometres of National Highway is to be created. The FM also stressed on the redevelopment of the Kolkata-Siliguri highway. A welfare fund of ₹1,000 crore is also to be set up for tea estate workers in Assam and West Bengal.