The attackers were demanding speedy investigation into alleged extrajudicial killings that have taken place in Manipur over the years. 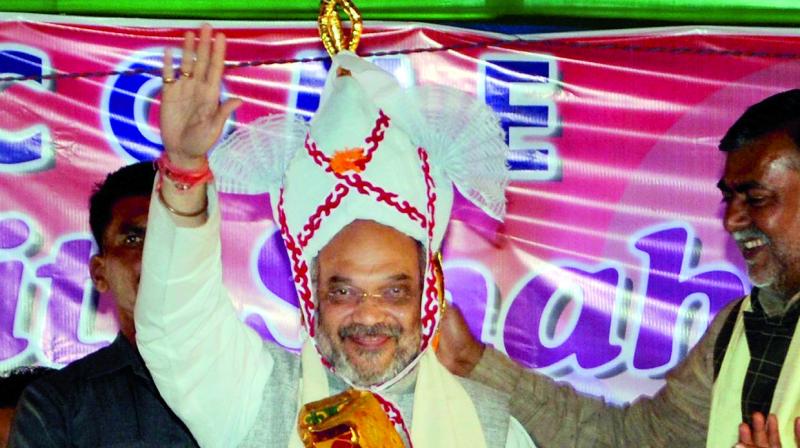 Guwahati: In what has polarised the elections in the trouble-torn frontier state of Manipur, some hooligans — alleged to be the activists of left-wing students group — on Wednesday ransacked the office of the Bharatiya Janata Party (BJP) in Manipur.

The attackers were demanding speedy investigation into alleged extrajudicial killings that have taken place in Manipur over the years.

Though Manipur BJP leaders called it a conspiracy of the ruling Congress party, the leaders of Students’ Union of Kangleipak told reporters in Imphal that they went to the BJP office to draw their attention on slow and steady progress in the investigation of extrajudicial killings in alleged fake encounters in Manipur. “There was no senior BJP leader present with whom we could have registered our protest and concern. The activists got agitated and went on a rampage,” a student leader told media persons in Imphal.

The Human Rights organisations claim that alltogether 1,528 people including 31 women and 98 children were killed in fake encounters by security forces in Manipur between 1979 and 2012.

It is to be noted that Assam finance minister Himanta Biswa Sarma, who is also coordinating the Manipur elections, has already announced that BJP will probe all the fake encounter cases in Manipur.

The Manipur BJP leaders, referring to their support for a probe said, “It was the BJP which has been raising the issue of extrajudicial killings.”

The BJP’s poll strategist Shubhrastha who was present in the office said, “Congress is scared because they have smelt  defeat. There is a visible wave against the Okram Ibobi Singh government. We believe that Congress is behind this attack.”