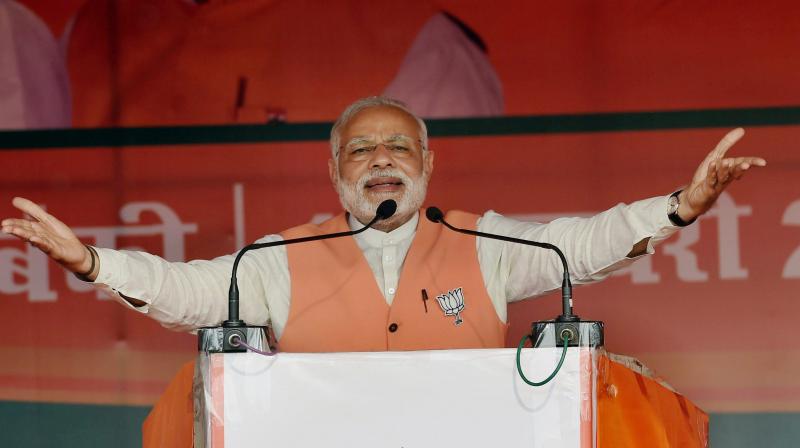 Patna: The Bharatiya Janata Party Wednesday disrupted proceedings in both the Houses of the state legislature over the use of “unparliamentary comments” against Prime Minister Narendra Modi.

A video clip of state prohibition minister Abdul Jalil Mastan surfaced on Wednesday in which he was seen asking supporters to hit Mr Modi’s photographs with “slippers” over demonetisation.

“Such unparliamentary statement against the Prime Minister cannot be tolerated. We demand imm-ediate removal of the minister,” Leader of the Opposition in the state Assembly Prem Kumar said.

Though the statement was condemned by members of the grand secular alliance, including chief minister Nitish Kumar, the BJP declined to budge from their demand of sacking the minister. The BJP also did not accept Mr Mastan’s apology.

In the video, the minister was seen telling supporters during a rally that Mr Modi had said if he failed to end the crisis within 50 days of demonetisation, he would be ready to face any punishment.

Janata Dal (United) leader and parliamentary affairs minister Shrawan Kumar criticised the BJP for disrupting House proceedings. “BJP doesn’t follow the decorum of the state legislature. We would have sorted this out through discussion,” he said.

Congress leaders brought up the issue of “raincoat jibe” by Mr Modi against his predecessor Manmohan Singh in Parliament.

“We don’t approve of the comments made by the minister, but we want to ask BJP leaders to remember the raincoat statement made by Modi against former Prime Minister Manmohan Singh,” state Congress president Ashok Chaudhary said.